“Google Glass” for your car

Statistics show many road accidents occur when the driver tries to reach his/her phone while driving thereby losing concentration. Reaching out for your phone when you hear it ring or when a message alert comes in is common to many drivers.

If you have done so and you have not been involved in an accident then count yourself lucky. At the same time you need to remember that it is illegal to do so.

Luckily enough you can now ‘reach’ your phone while keeping your eye on the road thanks to Navdy, a head-up display that shows text messages, phone calls and well as giving driving directions on a projection screen that looks like it is floating on the street in front of you. 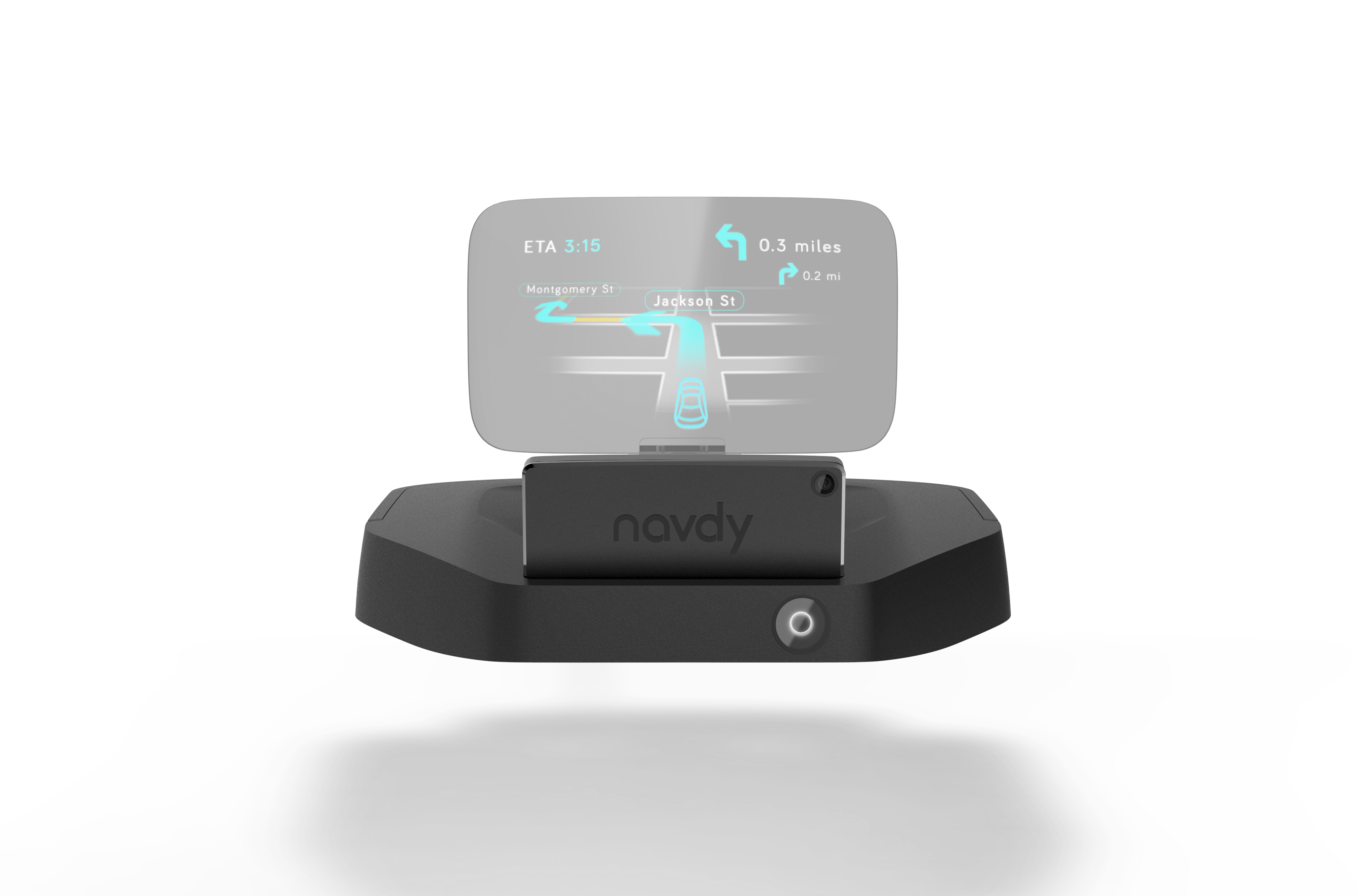 This kind of display is not something new. Over two million cars have been sold with head-up display systems in the last twos years. But Navdy is different because of the way the drivers interact with it.

The display unit is placed on the car’s dashboard right above the steering wheel and uses a high-resolution projector to display a transparent image in front of the driver. This image is visible even in bright sunlight,

The driver is able to interact with the unit by talking through gesture controls so they don’t take their eyes off the road.

For example, when someone calls while you are driving you can swipe right in the air to dismiss the call or swipe left to accept the call and start talking.

“Knobs, buttons and touch screens all force you to look down and take your eyes off the road, but touchless gestures are very natural and allow you to keep your eyes on the road,” said Doug Simpson, Navdy CEO.

Making a call does not interfere with the driving directions which will always stay on the left side of the screen so you won’t miss a turn.

“I think there’s a lot of opportunities to improve the experience of using apps and your phone in the car, and make it much better, but also make it much safer at the same time,” said Simpson.

You can decide how the notifications appear. You can even have the texts read aloud to you if you opt not read them on your own, and there is parental control to restrict what younger drivers will be able to see on the screen.

You can also integrate the display into your car’s system to display warning notifications, the number of miles you can go with the fuel in the tank as well as your speed.

Navdy connects to and is powered by the car’s computer through its diagnostics port. This port is found in every vehicle that was made in 1996 and after, it is quite easy to access.