Are you planning to start your own business? Do you wish to build an empire of your own? Do you have big dreams but no idea of where and how you can get started?

Maybe you need inspiration! And we know just what you need-the inspirational stories of a successful businessman. After all, when it comes to business, we should take it from the experts, right?

It is about time that we know the history behind the best brands of the world.
With that in mind, here are some of the entrepreneur stories that will inspire you to chase your dreams and remind us that nothing is impossible if you set your mind to it. Are you ready to get inspired? Well, let’s get started!

Founders and their stories which inspired them to start some best brands of the world
If you are just starting in the business industry, then you will surely want to know how the successful startups did it. Well, we can give you more than that. Because we have highlighter the real stories of renowned founders of some of the most popular brands and business in the industry below.

Jeff Bezos may not be one of the famous entrepreneurs that we know but his company is considered to be one the best brands in the world-Amazon. The idea came to Jeff when he saw the boom in the number of Internet users, and he realizes that the Internet revolution is about to take place. At that time, he was working on Wall Street, but he quit his job to start an online company.

According to the entrepreneur, he was thinking of what kind of business plan would be suitable in the context of the Internet growth. He decided to make a list of the top 20 items that he can sell online, but he settled with books because these have a universal demand and low cost. And the rest they say is history.

Now, let us take a look at the brief history of coca cola company. We know that Coke is the most popular beverage in the world but what we did not know is the story of how it started. Well, the idea behind this beverage came to John Pemberton when he tried experimenting with kola nuts and coca leaves in order to combat his morphine addiction.

That is how he was able to invent the drink with a distinct taste that we are all going crazy about today.

You may not have heard of his name, but Larry page is considered to be one of the successful entrepreneurs in the world as he was the founder of the company that everyone has already heard of in our generation-Google.

Larry Page was a Ph.D. student of Computer Science at Stanford, and he has written a dissertation about the World Wide Web. That is how his interest in how the web pages are linked to one another. He investigated more about the value of the nature and number of links, and that is how Google was born.

Related: What SMBs Can Learn From Large Corporations?

The popular Founders story is surely the story of Walt Disney. Walt was a young farm boy who developed his love for drawing because his neighbor, Doc Sherwood, would always pay him to draw pictures of horses. He later became a commercial artist and newspaper cartoonist. At that time, he developed a fascination with animation which lead him to create his own cartoon studio and build a company that has been keeping us entertained for decades.

We know Alibaba to be one of the best brands of the world but do you know how the company was able to achieve its business success? Well, the story of Jack ma is quite inspirational because he started as an English Teacher and became a CEO of an online company without any initial knowledge about computers, the internet, and e-mails. He only had one mission-global vision, local win. The company aims to put China on the internet map and help small to medium-sized companies to make money.

Under Armour is one of the popular companies in the business industry.
It was founded by the famous businessman, Kevin Plank, in 1996. At that time, he was a University of Maryland fullback who is already tired of swapping out the sweaty shirts that he is wearing underneath his jersey. He noticed, though, that his compression shorts always stay dry. And so, he experimented with using the fabric of his compression shorts in making shirts in his grandmother’s basement which paved the way for the foundation of Under Armour.
Read More: Beware Of Dire Stock Market Crash, Economist Warnings

Apple is one of the best brands of the world but did you know that all of its founder, Steve Jobs included, are all college dropouts. The inspirational story of Steve Jobs started when he partnered with Markkula and Wozniak to build a company with one radical mission-to make computer person-sized. This was a rather funny idea at that time because other computer companies are focused on creating room-sized computers for governments and corporations. But Jobs’radical idea pushed through because of his great conviction. 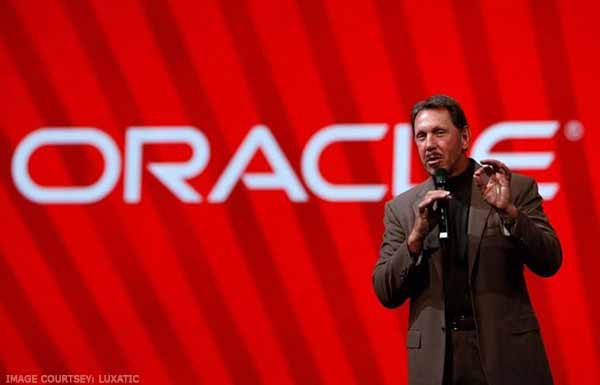 Larry Ellison, Ceo of company Oracle, was a two-time college dropout. Ellison was bouncing from one job to another when he landed a job in the electronic company called Amex. At that time, the company had a contract with CIA with the codename, Oracle. It was also during that time that Ellison got interested in the relational database theories of Edgar Codd. Together with Oates and Miner, they established a company that develops databases— a company that is now known all over the world.

Are you just a small business owner? Do not be disheartened. Even the best brands of the world started small. It is through their dedication, hard work and innovative ideas that they were able to reach where they are now.

We hope that you have gotten plenty of business ideas from the experts. We know that starting a business ain’t easy, but it is not impossible. These famous names were able to do it so take it from them so you can also leave a mark in the industry that you wish to be in.