What Parents In The Digi-Age Of Youtube Must Do To Control Their Kids?

Technology is fast growing, and surprisingly children are also fast catching up with the latest innovations and technology tools available. Technological advancements are quite beneficial in the society today, but when kids are involved, parents are wary of whatever they are learning from the available technology and how it is shaping their lives as they grow up. Today, there is a fascinating growth in the number of fun and elaborate entertainment videos targeted for very young kids below the age of 5.

While such videos are considered to give parents a break from attending to the kids on a full-time basis, the content provided to stimulate the kids must be checked out. According to Benjamin Burroughs, an assistant professor in Journalism and media studies, many of the children videos are filled with explicit and masked advertising.

Before you fully get the break from full-time parenting, you need to understand how mobile parenting influences are parenting, how the various videos and applications for kids work and the benefits or risks associated with them. To learn more on this, an article is provided in the journal social media + society, which puts everything concerning technology and children into perspective.

The truth is that, over time, social media has been envisioned to be a big deal in the society; which it already is today. This has basically made social media to be, not only a digital culture but the general culture in itself. It is now crucial to almost all fields including journalism, business and generally how people live.

Social media is responsible for the increased penetration of media into people’s lives, and that is why you see corporations and businesses working hard to get their online presence using this technology.

You cannot ignore the fact that media and apps are now at the center stage in providing thrilling entertainment to individuals of all ages and cultures. Videos and content have been uploaded targeting specific groups of people including the children, adolescents, youth and the elderly.

The Role Of Mobile Apps

Today, a majority of people own a Smartphone. With these phones, they enjoy the mobile technology availed and apps are crucial in connecting to the content. It is through these apps that we can connect to specific forms of connection and content. Many people have tapped into this industry and are making it huge just by developing apps that are specifically developed.

Apps Are Opening Up Targeted Markets To Advertisers

The use of mobile apps is rapidly shifting with new apps now having advertising that is targeted at the children by building a data profile and including the children as part of the target audience. Many companies and advertisers are now reverting to the use of these apps to reach a larger demographic. This is true because the ways used in reaching out to the target audience is also changing with time.

Unlike the old advertising model where kids were given a message to go and tell their parents to buy something, the apps used today need the children’s engagement. You will be surprised to realize that a majority of companies are developing content specifically for the children, which has resulted in an increased YouTube’s growth in this category.

This is a major concern from many parents out there. Parents are keen to know whether their children are fed with the right content and videos. There are quite many, and fascinating videos meant for children, but the problem is that the forks making up this stuff are getting paid to promote products intentionally in the midst of the videos.

How are This Phenomenon Influences Parenting In This Age And Time?

Parents generally need to understand all developments as concerns technology. Do the advertisements change parenting? What will be the children’s relationship to media and advertising? Is it ok to have the adverts embedded in the content perceived or meant for children that young? These are some of the concerns, as a parent, you need to look into closely at all times. The building of data profiles for children is also another issue of concern since the privacy, safety, and security of the children are at jeopardy.

While no parent wishes to expose their children to such concerns, it is crucial to balance between the benefits of digital technology and these issues of concern. Remember that children are likely to get enormous educational value from the shared content and videos since most of the content provided is tailored and personalized for children of specific age groups.

You Tube Kids App: A Perfect Example Of The App With Children Tailored Content 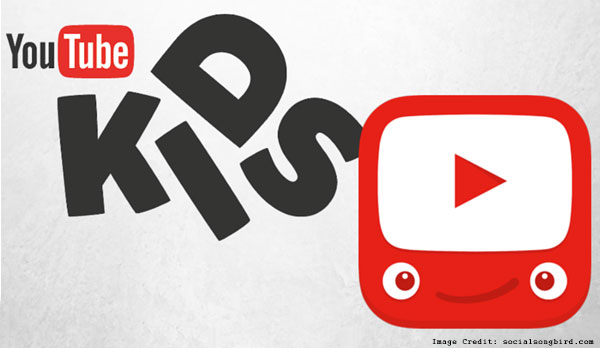 Finally, YouTube had to come up with a children app that parents would acknowledge and be ok with. This application was developed to provide a well-guarded space beside the YouTube platform so that children can get only filtered content and videos that are appropriate for a specific age group. Advertisements added to such videos are also targeted to the specific age which is of less concern to you as a parent.

As a parent, keeping track of whatever your kids are doing on the internet is crucial irrespective of the assurances from the app developers.

Take Control Over What Your Children Watch

Technology has changed many things over time. Unlike some years back when the parents had to guide on what to watch and what not to, now things are a lot simpler, the app offers some control on what the children watch. This technology is a great savior for parents that are not actively involved in their children’s lives.

However, programming this can be a difficult task without the use of such apps. While many parents are happy their role in imparting values to their children has been lessened, it is sad to note that parents are increasingly giving up parenting control to these applications and technology!

Parenting in the age of YouTube kids is actually tough than you can imagine. Worrying about the content children access on the internet, the values imparted to them through the social networks and how they respond to various content they come across are enough to get you worried. You simply need to find out if such content is problematic to their lives and take action as soon as possible.

Taking an active role in playing with technology as a parent to learn more about the children apps will help a great deal in determining the right content for your children. Over time, children will think they have become smarter and may be tempted to view other content not meant for them.

Be on the lookout to check out the browsing history so that you can be sure what they have been watching throughout the day. Lastly, do not forget to discuss with the children about the various content they watch as you empower them to become critical thinkers as they grow up.