Modern adults have gotten so used to burning the candle at both ends and being extremely productive that they can’t imagine a different life at least for a while. Unfortunately, many of them don’t realize that such lifestyle is dangerous. On the contrary, they teach and ask their kids to do the same. They often punish and put labels on their kids, because they don’t meet their expectations and requirements. Instead of getting on each other nerves and squeezing your kids to the last drop, we’d better dig a little bit deeper to find out the root of the problem and understand why our children are so unproductive. Without a doubt, if we put our emotions aside and assess the challenge or task we give to our kids soberly, we’ll probably realize that their behavior is quite understandable and rational. This article will open your eyes to the truth and explain to you why modern kids become the victims of idleness.

Electronic technologies make the life of a modern person significantly easier and comfortable. They give us an opportunity to automate different processes, save large amounts of information and make difficult calculations with ease. Unfortunately, these at first glance, absolutely beneficial technologies have a dark side as well. Electronic progress can hinder the process of children’s upbringing and give birth to idleness, laziness and certain misunderstandings between parents and kids.

Modern children often can’t understand why they have to learn multiplication tables when they have a calculator close at hand. They also don’t want to practice handwriting, because they’ve got used to typing and using laptops instead of textbooks at school. If you see that your kid doesn’t show interest in doing what you ask or advice, you should find right words to explain and prove them how important it is.

Almost all kids are smart, creative and capable creatures, who’ve enormous latent potential. But it’s up to parents whether their kids will achieve their full potential or not. Despite the young age, they can do many impossible tasks and impress their parents, but we should keep in mind that everything has its limits and children’s abilities are no exception. If you give your kids the tasks not adapted to their evolving capabilities or age, there’s a high probability that they’ll find the challenge impossible, stop breaking heads over the task and choose to do nothing. Don’t punish them for this, because it’s difficult to do something when you don’t have even the remotest idea how it should be done.

Unfortunately, both adults and their children systematically suffer from burnout, because it’s incredibly difficult to be in a constant state of stress, do your best and behave as if everything is OK. If it seems to you that your child has become passive, apathetic and lazy, you shouldn’t resent them for it. This idleness could have been caused by stress, constant busyness, dissatisfaction with life and follow-up emotional exhaustion. It will probably fade away if you teach your kids to deal with stress, prioritize and say ‘No’ without feeling guilty. 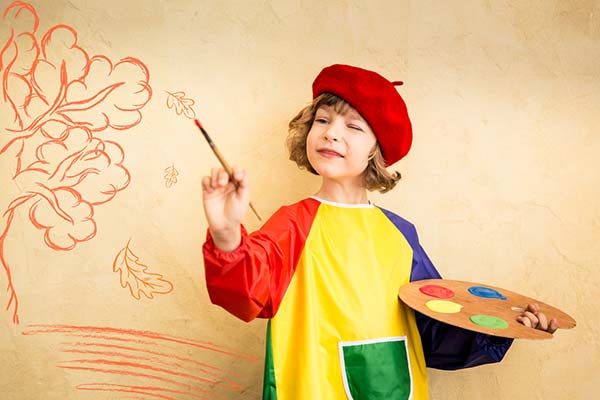 Without a doubt, slowness is a negative trait that obstructs the achievement of goals and holds your child back from following the bliss. Your attempts to turn your slow by nature kid into an extremely productive person will not succeed because it’s almost impossible to change the temperament. One day your son or daughter will get tired of going against their nature and decide to quit this crazy pursuit imposed by parents. If your kid is phlegmatic, you should take their inborn temperament into account and help them slowly but steadily achieve success. Otherwise, they’ll shrink into their own shells and fall into idleness.

It’s hard to believe, but idleness can be caused by injustice in your family. If your children’s unsuccessful attempts to do something nice for their dearest and nearest aren’t accepted correctly, but on the contrary often accompanied with condemnation or ridicule, kids quickly lose interest in doing the same things again and come to a conclusion that no good deed goes unpunished. Unjust attitude can make children run to extremes and enter into opposition. In that case, idleness can be a manifestation or gesture of your child’s protest. They’ll probably fulfill your request to do what you’re asking, but they’ll do it reluctantly.

One more thing that can significantly reduce the child’s activity is a general state of health. Many children prefer to keep their health problems a secret, especially if they’re afraid of going to the doctor or the level of trust in the parent-child relationship is very low. Very often children show reluctance to reading or working in front of the computer due to the chronic pain or tension in their eyes. It’s not an expression of laziness, but the sign that you should take your kid to the doctor and make it a habit to continuously question them about their well-being.

If you still can’t find out the reason for your child’s idleness, you should deeply analyze your parenting style, behaviors, and attitudes. Very often parental ambitions, expectations, and excessive demands plunge children into depression and exert a detrimental effect on their self-esteem and productivity. For sure, ambitions increase your kid’s chances of success, but if they’re doing more harm than good, you should give this matter serious attention, weigh all pros and cons and probably scale back your ambitions. Whether you like it or not, but children should be free to make important life choices.

Don’t be hard on your kids or jump to conclusions until you figure out what’s going on. I hope this information will help you solve the problem of children’s idleness correctly.