Most Important Game of Thrones Death 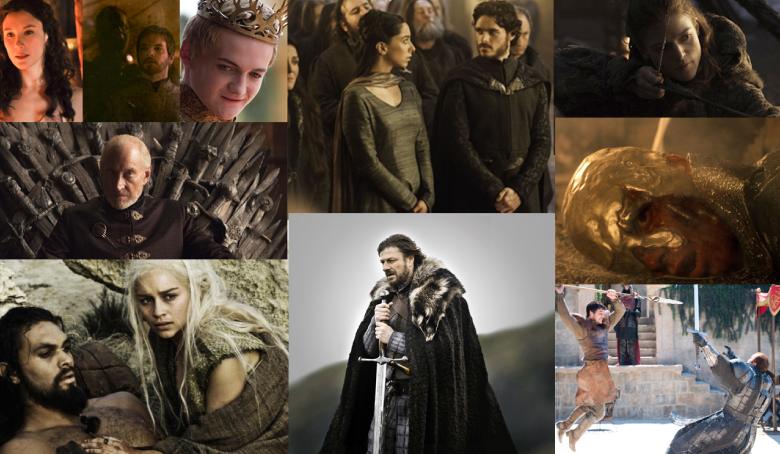 With all the deaths in the Game of Thrones TV series, it seems like George R. R. Martin just wants to play with your emotion. But this strategy proves to be a very effective medium to entertain both readers of the book and viewers of the sensational HBO mini-series. Never have audiences seen a gripping fantasy story with their favourite characters dying, regardless if it’s the protagonist or antagonist. But these deaths are important to the plot. These deaths are also important to the shows popularity as it conquers the airwaves just like how Aegon Targaryen conquered Westeros with his dragons.

Here are the top 10 most important deaths in GoT:

10. Renly Baratheon. Lady Melisandre’s shadow baby did a good job at making sure that Robert Baratheon’s youngest brother will not become king. His death didn’t just give Stannis Baratheon an upper hand in the race for the throne; it also shocked the viewers quite well.

09. Viserys Targaryen. He wanted to reclaim the throne, but he got a different crown from the hands of Khal Drogo, the liquid gold that melted his head.

08. Ygritte. The fiery red head showed the viewers that there is still a romantic story amidst all the wars and turmoil in the show. Yes, she and Jon Snow should never have left that cave.

07. Shae. Fans of Tyrion Lannister were starting to like her, but after she betrayed the imp, her death in the hands of her former lover was redeeming.

06. Oberyn Martel. Everyone rooted for him during the trial by combat against the Herculean foe “The Mountain”. But the makers of the show have other head crushing ideas for the fans.

05. Tywin Lannister. Tyrion showed the audiences what an imp he really is killing his own father with a crossbow in the toilet.

04. Khal Drogo. Just when people were starting to fall in love with Khal and Daenerys’ love story, the leading man dies.

03. Joffrey Baratheon. There is no other character in TV show that audiences wanted dead so badly than Joffrey.

02. The Red Wedding. Starks seems like the favourite characters of George R. R. Martin to kill. Rob, his pregnant wife, and his mother met their gruesome death in this episode.

01. Ned Stark. Yes, the Red Wedding was pretty stomach churning, but it was Ned Stark’s death that set the atmosphere of the entire show, signalling how brave the makers of the TV series are and that you should never fall in love with any of the character.