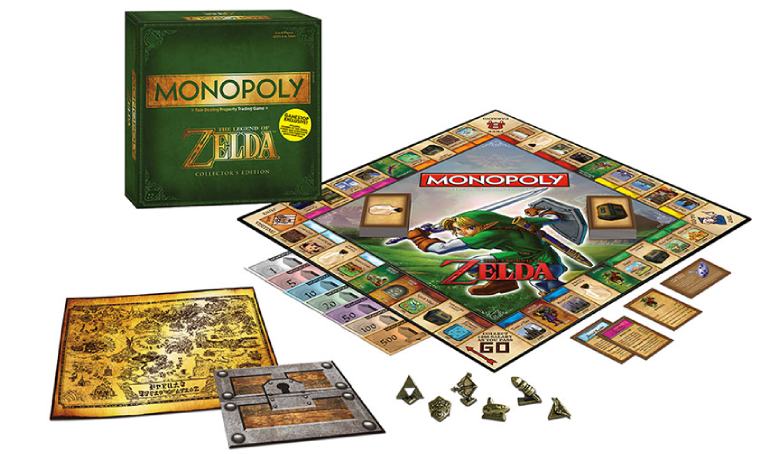 In traditional fashion, the Monopoly board has been styled to reflect Zelda. The currency is now Rupees, Deku Trees and Deku Sprouts replace hotels and houses, empty bottles replace chance cards and there are other small changes to reflect the theme.

The board game pieces have been changed, from the classic car, boat, dog, trashcan comes The Bow, Hookshot, Boomerang, Triforce and the Hylian Shield. There is also an Ocarina of Time piece exclusive to GameStop buyers.

This is not the first Legend of Zelda board game and we doubt it will be the last. Monopoly has featured a lot of different themes in the past few decades, including various video game franchises, offering more trivia for big fans of the series.

The Legend of Zelda is not a dead franchise by any means, Nintendo just recently announced the next in the series. Nintendo has been working hard on the environment, graphics and gameplay for the next Zelda game, coming to the Wii U and 3DS.

The board game will be available to purchase for $39.99 at GameStop and a few other retailers.