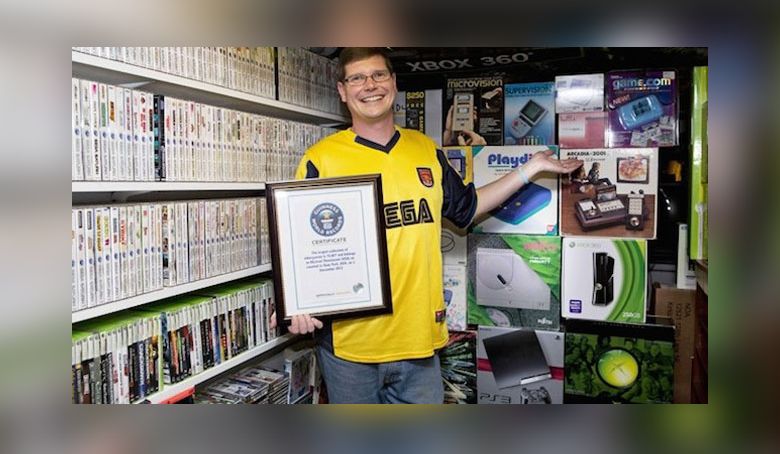 Michael Thommason, owner of the largest video games collection in the world, has sold the collection for $750,250 at an auction on GameGavel. The owner, who received certification from Guinness Book of Records, wanted to get rid of the games after not having enough room to store them.

The video game collection, consisting of over 11,000 games from all types of consoles, ranges from titles in 1982 to titles released last year. Thommason, who has previously ran several successful video game stores, used to take the best game in the package and add it to the collection.

According to Thommason “Approximately a quarter of the collection is new factory sealed! There are a whopping 2600+ factory shrink-wrapped titles in the collection! Over 8,300 are complete with box and manual.”

That’s pretty impressive for any budding collector who wants the games to all be in good condition. The collection also comes with various consoles and a lifetime subscription to Retro Magazine. The winner of the auction, peeps_10091970, could not be found for comment.

This brings each game to around $68 in value, around the same price as a normal console game right now. The $750,000 will go towards “immediate family and extended family that have needs that need to be addressed” alongside a few other treats, we expect.