How Condom Challenge is trending among teens | Complte information 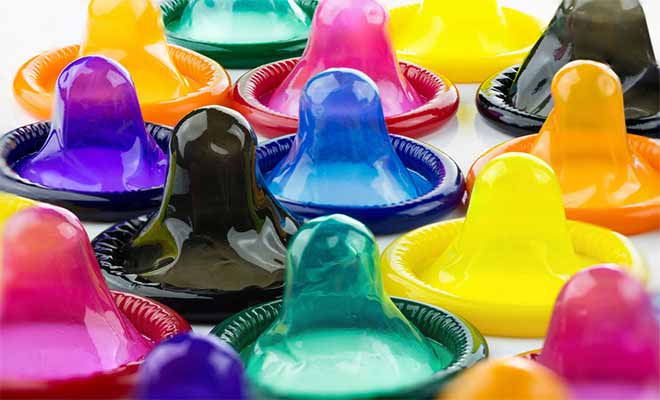 Nothing looks more irritating than watching what youngsters call ‘fun YouTube challenges.’ It is a challenge that involves unwrapped condoms being inhaled through the nostrils, passed through the throat and brought with slimy mucus through the mouth. This popular abnormal behavior has gone viral as a trend on all social media platforms. This trend is common amongst teenagers, and sadly they are not trained to handle choking hazards that might result from their handiworks.

Sadly, there is no government regulation in the U.S that checks inappropriate social media behaviors or punishes same. The ‘condom challenge’ first surfaced in 2007 with videos showing the inappropriate use of condoms on YouTube. There are existing manmade inventions that were made by teenagers; they have become more useful in today. More so, some of these inventions have been improved upon through research and innovations.

This scenario is different from the ills that society witnesses today on the screen of mobile devices and social media platforms. It does seem as though today’s teenagers are set to take humanity backward with inappropriate behaviors.

Related: AIDS Prevention In US May Shift From Condoms To Pills

What is worrisome is that young people find it a pleasurable act to set-up webcams and floss their nostrils with condoms. Before now there was an old common trend with condoms called condom challenge with water. The old trend involves draining a full bucket of water into the contraceptive to test its material strength. However, it seems that is the most conservative stunt teenager have been able to pull out of condoms.

These days, people seek glorification from their peers with the use of social media videos to promote condom challenge. But these teens fail to understand the relevant anatomy and the adverse effect of disrupting their body parts. A tubular passage in the body is not a mere tube or an opening for some weird teen culture. Until recently, many people didn’t know there were several things to do with condoms apart from being used as a contraceptive.

Related: Is The DMAU Pill A New Birth Control For Men?

It is disturbing to see people tag many online social behaviors as ‘trendy.’ The term is an endorsement that makes any visual act go viral on social media platforms. Children who were born at the beginning of this millennium have the most transformative mindset. Coincidentally the evolution of new age media gave rise to platforms where enthusiasts showcase their acts to gain a large number of followers, likes, views, and acceptance.

Perhaps the only sane set of people in the online community that can stem this condom challenge are parents. Guardians, instructors and role models in the society have a duty to educate young minds from involving in life-threatening challenges. When you look at the trend of condom challenge, it is not new, but just a re-creation of an old challenge. One of the dangers about snorting (inhaling through the nostrils) condoms is that an old condom is brittle and breaks easily.

As such, ruptured condom particles might go down the tubes of one’s anatomy like birds going into the engine of a plane. Another danger of condom challenge is an allergic reaction to proteins in the rubber latex. Many condoms are processed from the fluid in rubber trees. A few clinical studies from the American Academy of Allergy, Asthma & Immunology shows that some condom users suffer from allergic reactions.

More so, these latex allergies include; a life-threatening condition called anaphylaxis, wheezing, and lightheadedness. There is another dangerous trend to watch out for, this time it involves a more toxic substance. Many teens have formed the habit of orally ingesting laundry detergent pods.

Despite the bad things about condoms, they are useful for preventing sexually transmitted infections, and unwanted pregnancy. In some parts of the world, there is a high spread of sexually transmitted diseases among teenage boys as young as 14 years old. Teenage pregnancy was highly recorded with people of this age bracket, and a prominent cause was found out to be that they had trouble choosing a suitably sized condom.

This discovery gave rise to smaller-sized condoms designed by a Swiss condom manufacturer Lamprecht AG. Since the initial design of condoms for kids, the idea has gained acceptance, and the market for condoms that teenage males can use has increased.

Is the world going crazy with crazy condoms that only covers the cap of the penis? The world’s first condom that fits on the head of the penis has changed the old look of traditional condoms. Tip-only condoms will give greater stimulation to the penis with a very firm taper base that exposes the outer skin that covers the remaining length of the penis. If you wish to protect yourself against STIs are transferred through skin to skin contact, then you are on your own.

There are STIs like HPV and genital warts that only need to touch the entire shaft of the penis. Consequently, using head only condoms is a surefire way of endangering your reproductive health.

It is believed that inventions rarely kill people, what kills them is the people who apply these inventions (maybe wrongly). Dr. Bruce Y. Lee is an associate professor of the Johns Hopkins Bloomberg School of Public Health. He recently gave some advice against the condom challenge; ‘When you manage to successfully pull the condom out through your mouth, inhaling a condom up your nose would be very uncomfortable and potentially quite painful.’ The continuous practice of this stunt or an unlucky one-time chance can ruin the challenger’s life. The big question to ask would be; is it worth the risk to get some likes and views with a condom challenge?

Related: Durex Play O Orgasm Enhancing Review: Is This A Scam Or Legit?