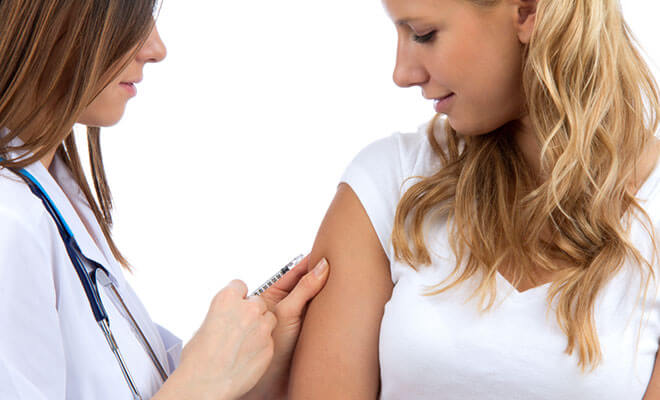 The flu shot is a vaccine recommended by the U.S. Centers for Disease Control and Prevention (CDC) and other health organizations worldwide to be injected annually to lower the chances of getting influenza or the flu. However, the administration of the flu vaccine is a subject of much debate and controversy.

While it is said to be largely beneficial, it can also cause complications and side effects, some of which can be very serious. So to see if flu shots are for you, keep reading to learn more about flu shots pros and cons and other helpful flu shot facts!

WHAT IS THE FLU?

“Flu” is short for influenza, the technical term for seasonal flu. It is caused by influenza viruses A and B. Symptoms include fever, headaches, muscle soreness, and cold symptoms that are worse and longer-lasting.

WHAT TO TAKE FOR THE FLU?

HOW LONG DOES THE FLU LAST?

Most people recover from flu after one to two weeks and are contagious for five to seven days after the onset of symptoms.

WHAT IS FLU SHOT?

A flu shot is an injection of the routinely available flu vaccine against seasonal influenza. It is considered your best defense against other flu remedies. A flu shot may either contain a killed or alive but inactivated form of the influenza virus. It is administered under the skin or into muscles to stimulate an immune response against the virus so that the next time you’re exposed to it, your body has a way to fight it.

The vaccine is typically given every year during the fall season when the influenza viruses are most common and active.

Thorough research is conducted to determine which flu viruses will be most common each upcoming season and a matching flu vaccine is recommended.

HOW DO FLU SHOTS WORK?

Flu shots contain proteins from viruses or killed or live, inactive viruses. When introduced into the body, these stimulate the body’s immune system to produce antibodies. Antibodies are molecules that protect us from viral infection so that upon exposure to the virus, your body is already equipped and will not be affected. A flu vaccine is, therefore, your best weapon on how to fight the flu. However, a flu vaccine only prompts the production of specific antibodies that fight against the viruses that it contains.

Yes. Flu shots do work by protecting you against the flu. But then again, flu shot effectiveness is limited since one only works for the specific viruses from which it was made.

Annual flu vaccination is recommended for people 6 months and older. Generally, the following are the recommended appropriate doses for different age groups:

Note, however, that appropriate dosages will vary depending on the patient’s age group, the vaccine product being used, health conditions, and other factors.

Aside from protecting both mother and child from influenza infection, a flu shot during pregnancy also increases the chances of a successful full-term pregnancy. A trivalent inactivated flu vaccine is also protective in HIV-positive pregnant women.

SIDE EFFECTS AND DANGERS OF FLU SHOT

While serious complications are rare, a flu shot does come with several side effects including:

Usually, these side effects are short-lived, mild, and go away within two days after the shot. However, call your doctor immediately if you experience any of the following:

Flu shot facts: Mild flu shot side effects usually go away untreated. However, here are some ways you can prevent or reduce them:

CAN I GET A FLU VACCINE IF I AM ALLERGIC TO EGGS?

Yes. Many studies have already proven that flu shot allergy may not be a thing. Flu shot egg allergy concerns have been studied and looked into by CDC, American Academy of Pediatrics (AAP), The American Academy of Allergy, Asthma, and Immunology (AAAAI), The American College of Allergy, Asthma, and Immunology (ACAAI), and other institutions during recent years. They found one of the newest flu shot facts that no matter how severe your egg allergy is or was, the flu shot is safe for people with egg allergies.

If you’re not convinced, you can still opt for flu vaccines formulated without egg proteins. Ask your doctor about the best option for you.

HOW LONG DOES IT TAKE FOR A FLU SHOT TO TAKE EFFECT?

According to flu shot facts, it takes about two weeks after the shot for the body to produce enough antibodies to protect against infection.

DO FLU SHOTS HURT WHEN YOU GET THEM?

If done properly, a flu shot can feel just as much as a pinprick. However, some soreness or pain in the area where the shot was given may occur but lasts for only one to two days. This is normal and is a sign that your immune system is responding. If you’d like to avoid an injection, there is also a less painful although more expensive nasal flu spray.

HOW LONG DOES THE FLU SHOT LAST?

The level of antibodies in the body is reduced by approximately 50% within the first six months, and flu vaccine effectiveness continues to decline over the next months. Also, most vaccines are useless after a single flu season because flu viruses change and mutate rapidly. For these two reasons, flu vaccines must be administered annually to everyone 6 months and older.

Despite many debates and arguments about the flu shot, it’s clear that it does have more benefits than disadvantages based on these flu shot facts. Recent data also debunks the concerns about the shot possibly causing you to get the flu or not being suitable for people with egg allergies. Depending on your age, medical condition, health, and other factors, the side effects are also typically mild and short-lived. Serious adverse flu shot reactions are possible but only happen very rarely.