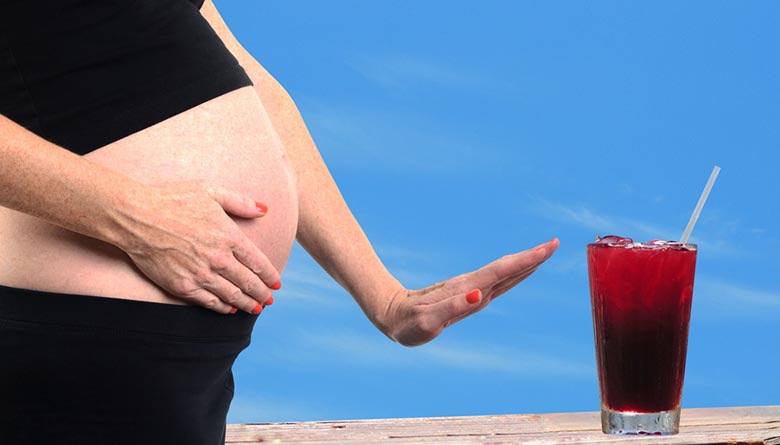 If you are pregnant, then you are probably interested in being as healthy as you can possibly be. However, many of the things that we eat or drink can affect both us and the future baby, especially when it comes to sugar and soft drinks. A recent study, published online on Jama Pediatrics, has managed to demonstrate an association between the consumption of artificially sweetened beverages during pregnancy and high BMI in one-year old infants. This study supports the theory that the increased consumption of sugar is responsible for the childhood obesity epidemic we are facing.

How does the consumption of sugary drinks affect pregnant women?

For several years now, we have heard discussions about sugar being a silent killer, leading to obesity, type 2 diabetes and chronic heart disease. However, this is a first time that a study was conducted, in order to determine the effects of sugary drinks, not only on the mother but also on the fetus. We all know that sugar contains only empty calories, still we continue to drink a lot of drinks that contain unbelievable amounts. Moreover, these drinks also contain caffeine, not to mention artificial flavors and preservatives, which are just as harmful.

The study was based on the idea that, by consuming sugary drinks during their pregnancy, women might increase the risk of obesity in their newborn babies. The more soft drinks a pregnant woman consumes, the higher the risk of obesity in the born child (higher BMI). The research included two main categories of participants – women who consumed artificially sweetened beverages on a daily basis and, second, those who did not consume such beverages at all. It was revealed that the first group presented a higher risk of a high BMI for the born babies (risk of overweight measured at the age of one).

It is indeed the first study that analyzes what happens if mothers-to-be consume artificially sweetened beverages during their pregnancy. It is quite useful, as it can determine the risk of early childhood obesity and perhaps point to solutions in the future. The research included no less than 3000 mothers and infants, grouped in pairs. The mothers received a food questionnaire, being asked to mention the foods & beverages they consumed during the pregnancy. Also, the BMI of their babies was measured.

According to the results of the study, 29.5% of the mothers have been identified to have drunk artificially sweetened beverages during their pregnancy. It seems that 5.1% of these consumed such beverages on a daily basis. The average age of the mothers who took part in the study was of 32.4 years. The study revealed that 5.1% of the infants participating to the study were already obese, at the age of one.

Why are the results of this study so important?

We live in a sedentary world, with more and more children suffering from obesity, diabetes and heart disease. In the past, only adults were diagnosed with such conditions. Today, the consumption of artificially sweetened beverages is one of the main reasons for which such health problems occur in children and it seems that everything begins in the womb. Mothers are capable of transferring the obesity risk to their children, increasing the risk for other chronic conditions at the same time. Despite the fact that the research has been genuinely revealing, it is essential to continue with further studies and determine the long-term outcome of consuming sugary drinks during pregnancy.

Given the obvious risks, it is clear that women should avoid sugary drinks during their pregnancy. Moreover, they should maintain a healthy diet, one that is rich in fresh fruits and vegetables, in order to ensure that their baby thrives and develops. It is recommended to avoid not only sugary drinks but also any other food product or beverage that might harm the baby or deprive him/her of the necessary nutrients. Talking with a nutritionist might help; as such a specialist can determine the actual nutritional needs of both the mother and the baby. In the situation that an infant suffers from early obesity, a visit to the nutritionist is just as essential, in order to establish a healthy eating pattern.