Celebrities Who Date Their Friend’s Ex

Moving on after a broken relationship doesn’t get any easier especially if one of your friends are now dating your ex. To every part in the world, that’s a friendship code no one should ever break. However, it is still as common as usual and it happens all the time in Hollywood as well. 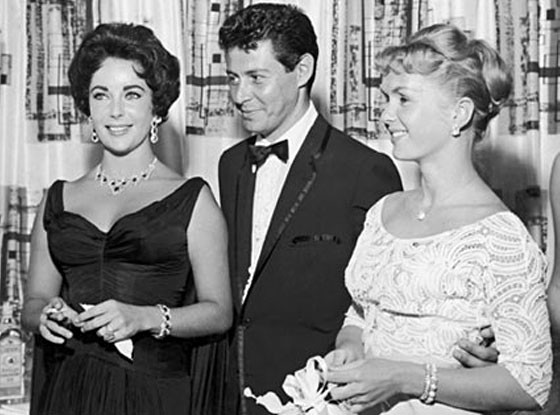 Eddie Fisher & Debbie Reynolds + Elizabeth Taylor. This is perhaps one of the most scandalous stories in Hollywood as Fisher left his wife Reynolds for Taylor. Reynolds and Taylor remained good friends over the years though.

These days, rumors have been swirling about a new couple alert as pictures of Nikki Reed and Ian Somerhalder getting cozy with each other have reached the internet. Speculations about the blue eyed hunk dating the Twilight starlet are innumerable but we can’t help but wonder what Reed’s longtime gal pal Nina Dobrev thinks about this because not only is she his Vampire Diaries co-star, she was also Somerhalder’s longtime girlfriend.

Love triangles are just too much drama and Hollywood is not exempt from it. Here is a list of famous people hooking up with their friend’s exes.

1. John Mayer & Taylor Swift + Katy Perry. Yep, Perry and Swift are pals with two things in common, music and an ex named John Mayer. Swift and Mayer’s fizzled relationship was famous, thanks to Taylor Swift penning a song about John. But that didn’t stop Katy Perry from dating the famous heartbreaker.

2. Joe Jonas & Taylor Swift + Demi Lovato + Ashley Greene. The two girls are friends of Taylor Swift and all of their ex lists include a Jonas brother. Taylor Swift came first before these two other gorgeous young ladies becamepart of JJ’s love life. Demi and Joe Jonas were hot, lovey-dovey items and like any other in love celebrity couples, they split. Shortly after, reports have surfaced that Joe Jonas is dating Twilight babe Ashley Greene and the avalanche of drama ensued that allegedly led to Lovato’s treatment.

3. Aaron Carter & Hilary Duff + Lindsay Lohan. Hilary and Lindsay were both from Disney and they’ve been pals for years. Until the then-heartthrob Carter came along, sweeping Duff off her feet then later on hooking Lohan with his playboy claws.

4. Fabrizio Moretti & Drew Barrymore + Kristen Wiig. The Strokes drummer was longtime boyfriend of A-lister Drew Barrymore. But when they broke up, her bestie, Wiig, hooked up with her ex. No bad blood here though.

5. Alex Rodriguez & Kate Hudson + Cameron Diaz. The rumors about Hudson and Diaz battling against each other for this guy’s attention are super hard to believe. They’ve been buddies for long but Diaz reportedly had a fling with the baseball player shortly after his May to December 2009 relationship with Hudson fizzled.