Celebrity Fashion Lines: The Good, The Bad and the Ugly 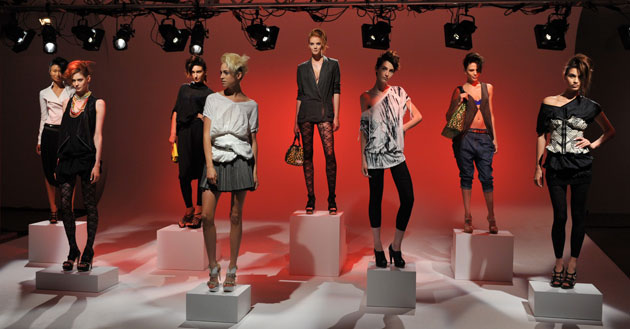 It is amazing that Victoria Beckham has quit music and is now fairing well in fashion design, but should these other celebrities have aped her?

It appears they are designing complete fashion lines if not bringing out fragrances. Some of celebs get in their right careers immediately they moved out of the world of fashion.

It’s rather obvious that Victoria Beckham is the greatest popstar-turned-designer. Initially, she was designing jeans for Rock & Republic through to her latest collections which have been ranked the best so far, giving her a leading name in fashion design.

Mary Kate and Ashley Olsen have as well shifted careers, and it appears that they have struggled to rank at the top. The two started designing clothes in 2004 when they linked with Wal-Mart, and then moved to work with upmarket line Badgley Mischka. Currently, they have their own fashion design referred to as “The row” and also design for “Elizabeth and James”, “Olsenbove” and “StyleMint”. Their couture has become popular and the pair has struggled in their change of career.

Since the launch of L.A.M.B. fashion in 2003, Gwen Stephanie has become famous for her unique fashion sense. Although her career change has been hailed by many, Cathy Horyn from New York Times noted that if there was a reason for a pop star to focus more on her vocal skills, it was Gwen Stephanie’s fashion meltdown, adding that she should not listen to her haters since they love her eclectic and quirky assortment.

Although Beyonce is always looking awesome, her fashion line “House of Dereon” fails to reflect the superstar’s style. Bey’s mom Tina has continually designed her daughter’s onstage garment since the earlier days of Destiny’s Child, but, the designs haven’t gone well as anticipated. It appears that not everything looking good on Beyonce will suit each one of us.

Jessica Simpson also has her own critics, although her self-titled fashion line can’t be condemned much. She has a collection that earns around $1billion annually and is amazingly classic and chic. No one could have imagined that the famous country girl would switch to fashion design.

While Sears are still selling the Kardashian Kollection, it is not apparent that Kate Middleton would have a taste for it. It is alleged that K-Middz sent back some samples that were presented to her by Kim Kardashian. It is certain that Kim did it with a clean heart and without any ulterior motives.

It is very fortunate for those stars to turn their careers to fashion design without any qualifications, if all of us can do the same.