Going Under Knife Became Biggest Mistake Of These Top Celebrities

Plastic surgery has improved and developed throughout the years. People are learning to accept it to be a natural necessity, especially in the entertainment industry. And even the best of the bests in the industry are able to make the most of this surgery.

In fact, a lot of celebrities now are pretty open in admitting that they had plastic surgery.

And while it can be embarrassing and humiliating to reveal, some of they have admitted that plastic surgery became one of their major regrets in life. Some of these celebrities include the following.

Janice Dickinson is the very first world’s supermodel to admit undergoing plastic surgery in the past, including liposuction, tummy tuck, neck and face lifts, and breast enlargement. After her breast cancer diagnosis, she revealed to Entertainment Tonight that she regretted having undergone breast enlargement.

Tara Reid is an American Pie star who revealed that she had undergone body contouring procedure and a boob job in the past, which has gone wrong and botched.

Her botched boob job is terrible that her areola became square instead of being circular. More than that, her breast became shaped like a goose egg.

Lil Kim is a popular rapper who never really admitted to undergoing plastic surgery, but photos prove to be the opposite.

Heidi Montag is The Hills star who became very open in the issue of her overhaul 10 plastic surgery procedures that include eyebrow lift, chin job and reduction, two breast enlargements, and scooping her back out.

She admitted to regretting those surgeries and believed that her personal life and career were ruined because of the procedures. She also revealed the fact that if she could take it all back by jumping in a time machine, she would.

Courteney Cox is one of the leading actress in popular TV show Friends. She revealed to undergo plastic surgery in the form of Botox in order to keep herself at the top of the industry.

She also revealed the fact that she regrets doing it in the first place and she felt like being trapped in her own skin. More than that, she wasn’t able to move her face and feels lucky enough that the Botox can dissolve and go away.

Cameron Diaz is a popular Hollywood actress who admitted to using Botox before to fix her face. She revealed the fact that it changed her face in a weird way that it felt like it wasn’t her face she is seeing anymore.

Danielle Lloyd is an ex-model who had a boob job before. She revealed the fact that the procedure affected her marriage and that her ego and confidence went down the drain. In fact, she didn’t want her husband to see her naked because of it.

Mickey Rourke is a Sin City star who became unrecognizable today because of undergoing plastic procedures.

He revealed that he wanted to mend his face that became messed up because of boxing, but it ended up incredibly awful in the end.

Joan Van Ark is the Knots Landing star who became famous because of her iconic character. She looked completely different from that character. She said that it has now become a norm and also expected in the entertainment field.

Meg Ryan is popular for her major role in the movie Sleepless in Seattle. She has never admitted to having a plastic surgery but is extremely open in her views on what aging means in the Hollywood industry. 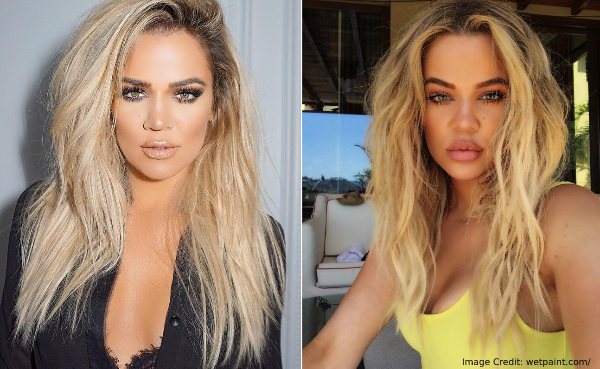 Khloe Kardashian is a KUWTK star who revealed to going overboard with regards to her face fillers. She admitted that it didn’t work for her and that she looked crazy in the end.

She decided to have it all dissolved to also get rid of the effects.

Kim Kardashian underwent Botox procedure and showed it on the show “Keeping up with the Kardashians”.

She ended up freaked out since she had bruising around her eyes, which is actually a natural side effect of using Botox.

Kourtney Kardashian is also a celebrity who admitted to having her boobs enhance when she was still young. She revealed it to being impulsive and a dumb idea.

Latoya Jackson is a Jackson family member who also had plastic surgery procedure. It ended up being an alarming and very drastic nose job.

Priscilla Presley is the former wife of Elvis Presley. She is a victim of an unlicensed doctor, Dr.

Serrano. While this led to the doctor being imprisoned, she had to deal with the fall out of the procedure.

Marnie Simpson admitted to undergoing surgery and ended up suffering from body dysmorphia. She revealed that if she could get back in time, she’s do everything differently.

In fact, she claims to make sure to do everything right, including researching before undergoing the procedures. She would not have boob lift and liposuction though if she could do it again.

Farrah Abraham started so young in her plastic surgery history. She had chin implants, nose surgery, multiple boob jobs, and lip injections, which she considered is the worst of her procedures ever.

She had an allergic reaction with the gel that the surgeon used on her lips and they became inflamed.

Celebrities had these worst experiences so before you decide to go under the knife, make sure you won’t need a time machine to change what you might regret.