You’ve seen Pope Francis and President Barrack Obama posing for a selfie or wackily posing for a picture, although not with each other, but with younger people, therefore appealing to the general public and gaining much of this generation’s approval. they are key figures that are historically, religiously, and politically relevant and seeing them pose like any of us make us feel closer to them, as if they are relatable.

The Queen of England though, who is very fierce on protecting her own and her family’s public image, can be rarely seen goofing around as long as the public is concerned. There was a recent photo of her and of a young boy who was doing a selfie in Ireland hoping to include the Queen in his photo but it wasn’t conscientious, she was just passing by, so that image gives us mere mortals less clue to none at all as of who she really is.

Queen Elizabeth II is a popular icon in her time and in our time. Just at the London 2012 Olympics Opening Ceremony, Her Majesty has played an unforgettable role to help promote the event not only in the participating countries, but also in the entire world. There we had a glimpse of how hard she keeps up with the humor of this time. 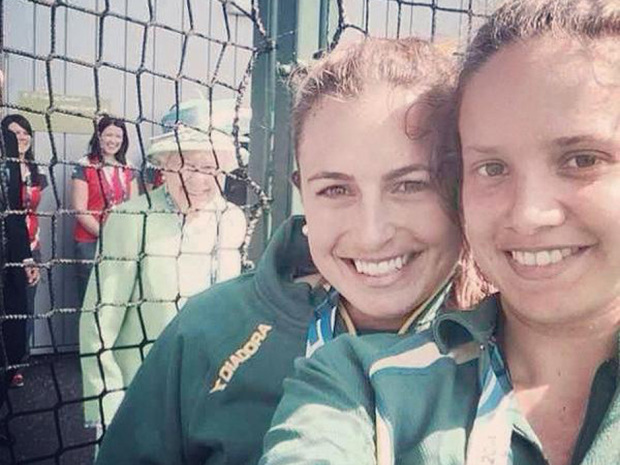 Jayde Taylor, one of the female hockey players introduced to the Queen and the owner of the stunning photo, posted the now viral picture on Twitter with the caption “Ahhh The Queen photo-bombed our selfie!!”

The picture immediately went viral in less than five hours. Now it has over 14,000 retweets.

Taylor later on admitted to hoping to capture the Queen in their photos but they were shocked when the Queen decided to stop and give her smile.

The royal selfie may have served as a good luck charm for the hockey team because they won in their match against Malaysia. 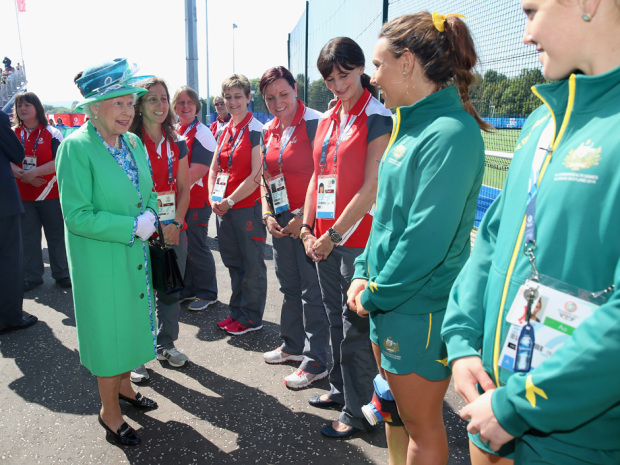