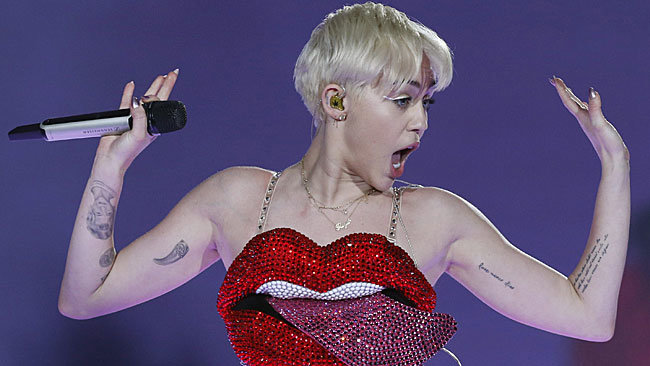 Miley Cyrus may twerk, she may ride a giant metal ball naked, she may do a lot of promiscuous stuff, but she doesn’t take drugs.

Miley Cyrus clears rumours that it was drug overdose that caused her illness that put her in the hospital last April 15 and made her cancel some of the shows in her “Bangerz” tour.

The 21-year-old music superstar in a press conference in London’s O2 arena last Tuesday said she is the poster child for good health. She said she was so ready for the show and she does not want to be bed ridden for two weeks at all. IN the press conference she keeps on reiterating that she was devastated about cancelling the shows.

Thanks to vitamins and honey, Miley Cyrus has now recovered and is ready to restart her “Bangerz” tour, which started May 6. She said she is very happy about recovering from the worst two weeks of her life. She said, her experience with the wrong antibiotics taught her some very important lessons.

She also said that she is probably the only person in the tour who doesn’t smoke or drink before every show, because she takes the job seriously. She said being on stage is like being an athlete, because if someone messed up, they couldn’t do the show.

Before the press conference, she was able to open up to Ryan Seacrest saying that the allergic reaction she experienced was very scary. She said she took the medication for five days, and then her body reacted to it on the sixth day. It was suddenly very difficult for her to breathe and there was something wrong with her skin.