When we think about celebrities, we almost always envy their lifestyle and, of course, how much money they have. However, just because someone has become famous, this does not necessarily mean they are also rich.

Many celebrities have led a chaotic lifestyle, spending more money than necessary and making poor financial decisions. In this article, we are going to present several celebrities who are much poorer than you thought.

This should serve as a lesson that things can change in a moment and that it is never a good thing to place too much importance on material possessions.

Lindsay Lohan began playing in movies as a child, gaining instant success and fame. However, as she transformed into a young woman, she also discovered the pitfalls of Hollywood.

She quickly went from one of the best-paid actresses to one having to deal with legal troubles. Most of her money went to legal fees, rehab expenses and, surely, reckless spending.

She spent several millions of dollars on a luxury lifestyle, ending up with a net worth of only $500.000. Who knows? Perhaps, in the future, she will be able to gain her fortune back. 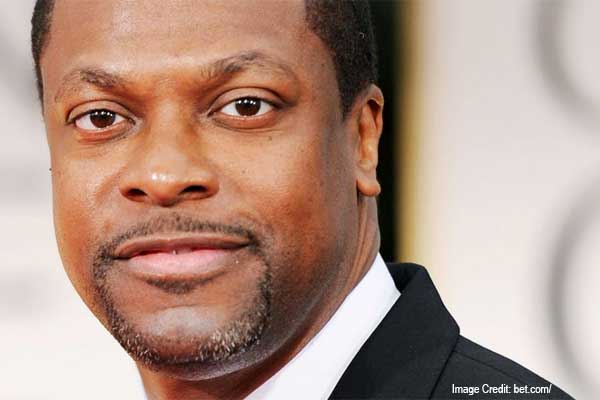 We all love Chris Tucker and his high-pitched voice. Many of us have fallen in love with this actor after seeing the Rush Hour films.

Once one of the best-paid actors in Hollywood, life seems to have taken a wrong turn for Chris Tucker. This is because he was unable to adequately manage his finances, running into some problems with the IRS as well.

Due to unpaid taxes, he lost several million dollars and ended up with a negative total worth. He still owes a large sum of money to the federal government.

Remember the TV show Jon & Kate Plus 8? The show starred Kate Gosselin, her husband, and her children. Kate Gosselin gained fame upon starring in the TV show, after having given birth to sextuplets.

The couple gained quite a fortune from the TV show; after they separated, she continued to star in her own series and add money to her existent fortune.

Separate revenues came from appearances in other shows, as well as from books that she released. However, much of the accumulated fortune was spent, with Kate Gosselin ending up with a net worth of only $50.000.

If you like basketball, then you are probably familiar with Dennis Rodman and his career in the NBA. Once one of the best paid professional basketball players in the world, Dennis Rodman is now a celebrity with a negative net worth.

Throughout his life, he has gone through good and bad times; unfortunately, much of his fortune has been lost due to his addiction to alcohol.

He has lost millions of dollars gained from basketball contracts; he has also made a number of bad investments, ending up owing a lot of money (negative worth $1 million).

DMX is one of the most popular rappers out there, gaining a lot of fame since his debut in 1998. His albums have sold all over the world, in millions of copies, adding to the growing fortune.

DMX has also gained a nice fortune from movies, impressing everyone with his artistic skills.

However, he has managed to spend quite a lot of the accumulated fortune and ended up with a negative worth of $10 million.

He has been arrested a number of times, had to cover legal expenses and also battled with drug addiction. Moreover, a large part of the fortune was used for child support payments.

Kelly Rutherford made a comeback in the television series Gossip Girl, causing everyone to assume that her net worth is quite high.

Even though her value is appreciated at $1 million nowadays, this is nothing compared to what she used to be worth. Unfortunately, a bitter divorce, culminating with a custody battle, caused the actress to lose a lot of money.

Full custody was given to her husband, and the actress was forced to pay litigation fees; all of these caused a filing for bankruptcy in 2013.

These are just some of the celebrities who have managed to make a name in Hollywood but, due to poor decisions and other life situations, lost their fortune.

It just goes to prove that things can change in a second, causing one to go from rich to poor. There are many more celebrities who are going through similar situations, including Burt Reynolds, Pamela Anderson, and even Johnny Depp.

The world of Hollywood is tough and filled with temptations; many fortunes have been lost due to alcohol and drug addiction, legal battles and ugly divorces. Underneath all that glamour, there is always something less pleasant happening.