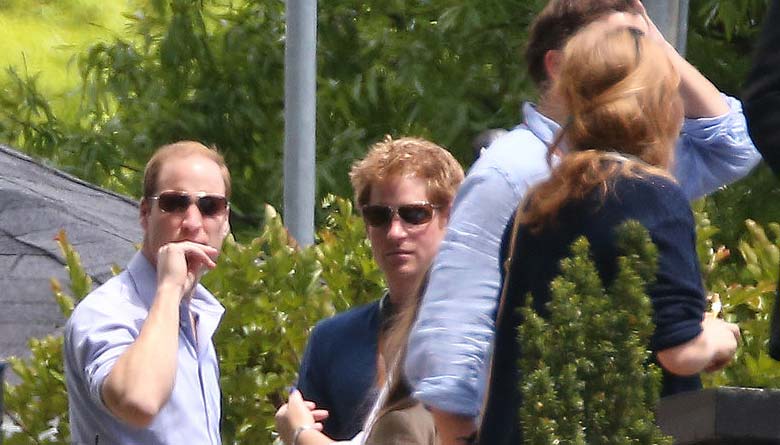 Their friend, Guy Pelly, is a London nightclub owner who has been a part of the royal inner circle for a long time. Meanwhile, the bride, Lizzy Wilson, is an American royalty herself being the granddaughter of hotel tycoon Kemmons Wilson Sr., the founder of the Holiday Inn hotel chains.

This marriage caught the spotlight since it brought in Princes straight from London just to usher in the wedding.

Pelly is considered as a “London aristocrat” being best friends with the Princes. His mother was one of the late Princess Diana’s close friends. He graduated with a land management degree from the Newcastle University. He owns big nightclubs in the United Kingdom.

On the other hand, Lizzy originated from Tennessee, but now resides in London. He graduated with Master’s degree in art and museum studies from the University of Virginia and Georgetown University. She was named the Queen of Carnival Memphis 2003. This means, the wedding was pretty royal after all.

The wedding took three days, starting at the Memphis Hunt and Polo club on Friday, the main ceremony on Saturday, and there was an extravagant and lavish brunch on Sunday.

The Princes dined last Thursday at the Rendezvous, which is considered as on of the best barbecue restaurants in Memphis. They were wearing jeans to be casual, but people still noticed and want to take a glimpse of the royalties, so security have to keep the commoners from pressing towards the Princes. The Princes’ cousins Princesses Beatrice and Eugene were also with them in Memphis for the wedding.

They even went to visit the home of “The King” Elvis Presley in Graceland. That place is considered as the Buckingham Palace of Memphis.