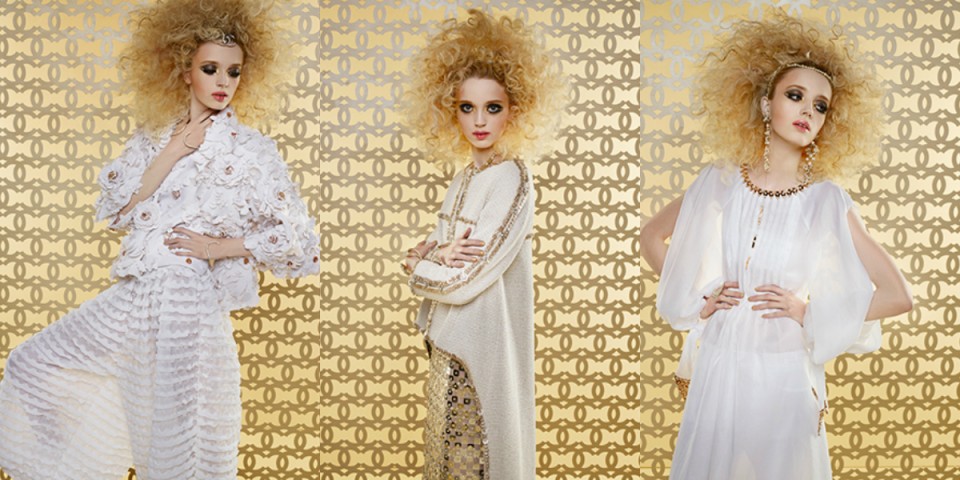 No one can transform a barren dessert into a fashion paradise like Karl Lagerfeld could. The exotic location provides the best backdrop for Chanel’s eastern goddesses to strut the runway.

Lagerfeld’s designs unwaveringly carry the themes of the locals, especially the Quilted “Petrol Can” bag that perfectly represents the Middle East. In this 2015 collection show, Karl turns everyday items into luxurious ready-to-wear pieces, just like the Spring/Summer 2014 collection.

The guests for Chanel’s Dubai show also have exotic outfits including Laura Bailer, Freida Pinto, Tilda Swinton and a line up of real princesses. The guests were transported in traditional wooden boats from the mainland to Lagerfeld’s Chanel Island. As they docked, the guests were ushered to the tents that provide shade from the scorching sun.

Lagerfeld puts a twist in all of the show and its surroundings with a signature of the classic Chanel from the Petrol Can to the traditional Middle East carvings which all bore Chanel’s iconic C logo.

The Chanel Cruise 2015 Collection show was held in a beautiful indoor/outdoor venue located in one of the artificial Islands of Dubai. As the models sashayed the designs, guests were seated traditionally at the floor.

Lagerfeld believes that Coco Chanel would be fascinated by the beautiful Dubai and the Middle East, the way that she was fascinated by England and China. Dubai is like Atlantis, but instead of sinking into the sea and sand, it did the opposite as it rose out of the dessert and the sea in just a matter of 30 years. Now Dubai has the tallest building on Earth. Before, the tallest building was the Eiffel tower, later on it was the Empire State Building, now the tallest building is in Dubai. This is a testament that shows the world is changing. He didn’t want the design to be based on the ancient folklores of the region, because Dubai is very modern, said Lagerfeld.