Every generation has its own “thing”, and that includes the special way they enter and stay in relationships. Baby boomers, for instance, are, as a generation, goal-centric and resourceful – just some of the reasons why they wanted to settle down earlier, and how they managed to find relationships easier than their successors. When Baby boomers ceded the dating scene to Millennials they seem to have taken the courtship with them. The Generation X brought a certain emotional detachment and the culture of “hookup”, that subtracted love from the dating equation and added sex – at least this is the popular opinion. Let us see is it really so, and how else did Millennials change dating forever.

Is It All about Sex?

We are not claiming that Millennials are incapable of any kind of emotional attachment and love, but the approach to sex is very different than the one the Baby Boomers had. Sure, not all of them practiced sex only when in love, but in that era that was socially more acceptable. Millennials, however, are approaching sex as gymnastic, as something that is necessary for bonding, but it can also be something where bonds are not relevant. Also, this generation is more prone to sexual experimentation.

Technology has influenced every part of our lives, and contrary to Baby Boomers who are just trying to swim in this environment without sinking, Millennials have embraced and completely immersed in it. Text messages are an entirely normal way to get to know someone and ask them to be your partner, but also to have a fight and break up. Emojis are legitimate means for expressing feelings and moods, so a “good night” without a smiley face can be interpreted as a sign of indifference or anger. Network dating and sex apps are flourishing, so friends are no longer the ones to turn to for advice. Instead, Google, who has all the answers will tell you how to get your ex back or how to get that girl/guy you like so much to notice you.

One of the biggest 21st-century problems is so frequent that it even earned a name – ghosting or slow fading. This term denotes the sudden ceasing of all communication with a person that the subject is dating, but no longer wishes to date. This way of ending the relationship leaves the person wondering where they went wrong. To ghost someone is far easier than actually confronting with the person you’re dating and coming up with a breakup talk, but it leaves the other person holding onto (usually unrealistic) shred of hope that someday you’ll call and everything will be ok. 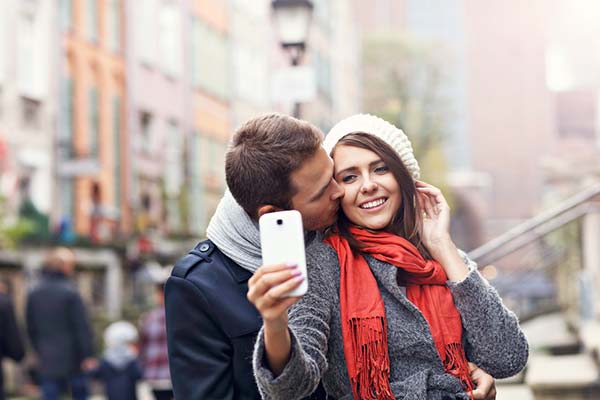 Social media have brought a bunch of new things in modern day relationships. First and the scariest one – there is no place to hide. Everything is visible and there are no secrets. You can see your ex’s photos, or see if someone tagged your boyfriend at some location. You can discover all the likes and dislikes of some person without actually talking about them. Other side of this coin is the over-sharing. People have the urge to share everything they’re doing, including the moment when they start a relationship, their anniversaries, birthdays of their significant others, vacation photos and a ton of kissing selfies.

You May Also Like: Effective Ways on How to Spark Back Your Relationship

Knowing all this, can we claim that Millennials are ready for love and serious commitment? Sure. Most Millennials want to build a family, but their marriages usually start much later than those of their parents, and they do not feel the need to formalize the marriage with a piece of paper. This tells us that the Generation X isn’t afraid of commitment, although they do question the terms of “happily ever after” and “love at first sight”, wanting to find and test the partner that can be both a best friend and a lover.