9 Modest Sport Couples, You Must Know About!

It’s not surprising that some people end up hooking up while engaging on an exercise program either to shed some pounds, advance in sporting career or for the sake of maintaining a healthy physique. Majority of elite athletes invest so much of their time and energy in pursuit of the best in the world, something uncommon to other people. From strict diets to rigid deadlines and training regimens, not very many people have an experience of the life of elite athletes. However, two athletes can yield some incredible genetics while both are still in the public domain.

Let’s have a look at some latest sport couples who have shifted toward this direction:

Steffi Graff holds record when it comes to the tennis court. With Andre Agassi who’s also in the same field, the couple never seemed compatible back in the days. Graff, the tennis star from Las Vegas, was on spotlight while Andre, from Germany, kept a low profile. With the couple being the stars in the 1980’s and 90’s, no one would have ever thought they would end up becoming a husband and a wife up-to-date.

AJ Feeley who’s the former NFL quarterback and Heather Mitts, US soccer defender got hooked up in 2003 by two members of their respective teammates who were also dating. Mitt admits that he never thought of taking it too far with Feeley until he had a closer look and realized how cute their relationship would turn out to be. The couple made good progress and became married in 2010 in Cabo Lucas. In 2014, they were blessed with a baby boy named Cornor. While the two don’t boast about winning medals, they are really proud of winning big in choosing their mates.

3. Misty May and Matt Treanor

Matt Treanor ranked as the top Major League catcher who stayed in the league for nine seasons, while playing for six different teams along the course. Perhaps his biggest success happened when he won the heart of a beach volleyball superstar, Misty May, who had won gold medal three times in the Olympic. Matt and Misty hooked up in 2003 at the physical therapy in Anaheim’s Sports Medicine Institute. With little time to waste, the two became engaged two months soon after they started dating. They were blessed with a daughter in June 2014 and named her Maria Barbara. 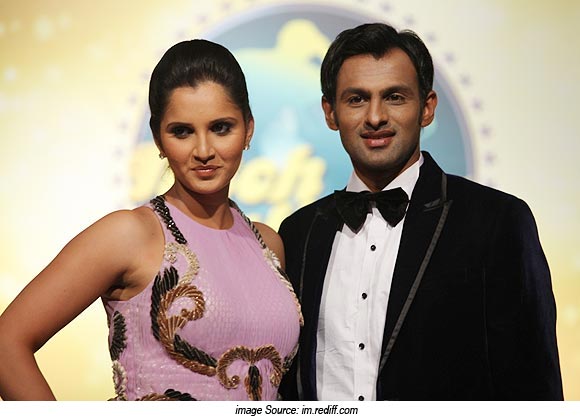 Sania Mirza happened to be an Indian tennis star while Shoaib Malik a Pakistani cricketer and former captain have been in the headlines due their controversial marriage while some rumors has it that they have divorced. Nevertheless, the couple is still going strong and in 2013 moved a notch higher by becoming contestants of the Indian dance reality show dubbed Nach Baliye 5. Just recently, Mirza did some modeling for Ritu Pande, a famous Indian fashion designer.

It’s pretty embarrassing when fans spot this baseball-playing couple on the streets and demand to take a picture with them. Jennie Finch used to serve as the poster girl for the US women’s softball team. She pitched her team to gold in 2004 at the Summer Olympics and later silver in 2008. As a professional pitcher, Diagle has worked so hard to make it to the show for 12 years of minor league baseball, but it’s Finch who shined for this duo. 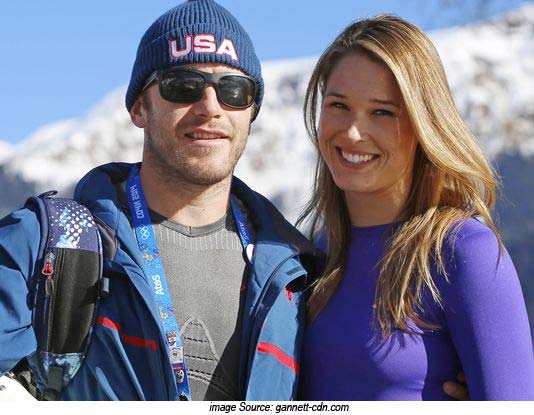 Bode Miller, the bad boy of the US ski team has made five appearances in the Olympics attempting to play minor league baseball and made it for the 2010 US open tennis tournament at the Olympic. His attempts helped him meet his wife, Morgan Beck, a beach volleyball player and a player. Despite her looks, Complex.com graded Morgan as the fifth-hottest athlete at the 2012 Olympic Games. The couple brought to the world their first child in 2015.

If the main focus was a list of the most prominent athlete couples around, Tiger Woods, the most famous golfer in the world, and superstar American skier would have been at the top. Nevertheless, we musk acknowledge that the couple is not at the peak of their powers given that Tiger Woods became in the limelight of his extra-marital affair after an accident in 2009. Lindsey sustained ski-related injuries following a fall in 2014 Winter Games in Sochi. And to be completely honest, she’s not what she used to be in the looks department a few years back.

Travis Browne, 34-year-old UFC heavyweight was recently separated from his wife, who accused him of domestic abuse through social media after the duo appeared in the background of a photo taken at a Benihana. When recently asked if he was dating his fellow fighter, Ronda, Travis said there was nothing like dating but were rather together. Ronda, 27, now has a sparkling diamond ring on her finger from the Hawaiian heavyweight.

Alex Morgan and Servando Carrasco met at UC-Berkeley where they were both soccer players. Although Carrasco has maintained a low profile and focused more on her professional career, Morgan has been drawing headlines throughout their relationship. The couple got married on New Years Eve 2014 after dating for several years.