Boundaries Every Office Professional Must Set During Office Romance!

Just recently, there were two stories highlighting workplace romances that later turned out to be pricey public scandals. One story featured a romantic relationship between Tin Worner, CEO of Seven West Media, and Amber Harrison, the former executive assistant.

The relationship in the corporate giant ignited an ugly legal brawl and claims of bullying, contract breaches, and confidentiality, turning out to be of public interest.

In another recent incident, two male executives from AFL resigned after they were publicly shamed for being in relationships with lower ranked female staff.

In reference to Relationship Australia, 40% of people aged between 35 and 40, met their partners at workplaces.

The only difference between this reality and the public attitudes to relationships at work is a reflection of high level of anxiety and confusion that exists between personal matters and work.

However, it is common for romantic relationship to begin at work, although there are some things both the employers and employees should try in order to manage such issues. 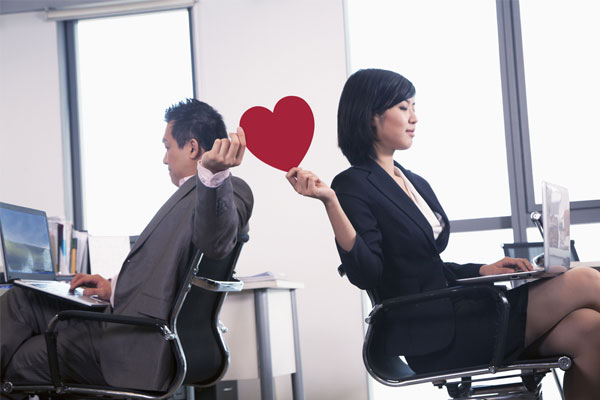 There is legal question that is ever contested regarding employers’ right to regulate their employees conduct out of work. Nevertheless, it is very clear depending on where the relationship is taking place.

Good examples happen to be the cases Leighton Boral Amey Joint Venture and Keenan who were in 2015 brought to the Fair Work Commission.

According to the commission, an employee was fairly dismissed on the condition of “aberrant” behavior because there were more serious incidents still under investigation that occurred beyond the physical and temporal boundaries of the workplace.

If this incident had taken place in workplace, the employer would have been liable for the employee’s conduct that breached policies on sexual harassment.

One of the main factors in this case is that the employer instructed employees to adhere to their policies at the work function.

This means the employees chose to leave the venue together and went drinking outside what was considered to be the workplace.

No single employer has the right to take an action on employees who they probably think they misbehaved, as long as they have not initially set out the rules on employee conduct.

It is for this reason that workplaces have clear policies regarding relationships.

You can find a good example of this in the values and code of conduct in the Australian Public Service Commission. It clearly explains examples of tolerable workplace conduct and defines all that is related to work. It also lays out the responsibilities of both the employees and employers.

Conflict of interest can arise if the employers have not set these policies. For instance, let’s consider there are two workers within the same company who are in a romantic relationship.

If one worker is appraising the performance of the other one and deciding on the promotion, it means there is a perceived cased of biasness.

This can cause inaccurate assessment and potentially make the other worker feel upset.

Non-compliance can occur if there is a sticking point in workplace policies on romantic relationships.
Although the employer can dismiss an employee for failing to share a relationship with a colleague, dishonesty from the employee can source grounds for dismissal if the employer is challenged about it.

In the case between Westpac Banking Corporation and Mihalopoulos, employees were supposed to disclose romantic relationships according to the employer’s policies. The employee in question lied when he was asked by the employer about their relationship.

According to the Fair Work Commission, there were enough grounds for dismissal because the employee had failed to disclose the relationship. He had also lied to the manager on two separate occasions about the affair.

It appears that the best approach for employees in a workplace relationship is to totally avoid romantic advances at workplace.

Any form of behavior that can be considered lawful can be subjected to a number of laws, particularly if it takes place in a workplace setting.