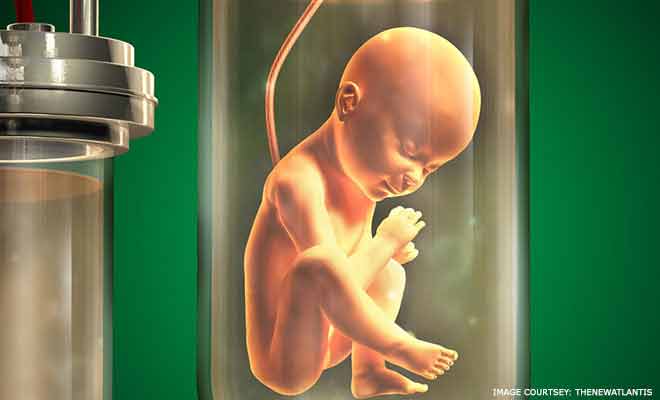 The arrival of a newborn is always an exciting event to look forward to — that is, if there are no birth complications and the timing of the baby’s arrival is just right. When a baby is delivered too soon or, pre-term which is commonly characterized as younger than 36 weeks of gestation, the baby takes on a higher risk for developing birth defects, lifelong illnesses, and worse, death.

According to a report made by the US Centers for Disease Control and Prevention, in the US and most other countries in Europe, the survival rate of babies born at 23 weeks marks the lowest among pre-term deliveries. A new technology is deemed to dramatically improve this dismal human birth. The survival rate of premature babies is about to change.

Baby In A Bag

Researchers, led by Dr. Alan W. Flake, MD, a pediatric and fetal surgeon at the Children’s Hospital of Philadelphia, recently showed the world how pre-term lambs are surviving. The lambs in the experiment have been surgically removed from their mothers’ wombs between 105 and 108 days of gestation which is roughly the equivalent of 23 weeks of gestation in human pregnancies are surviving.

The breakthrough: the baby grows in a plastic filled with amniotic fluid with tubes attached to it, resembling a mother’s womb. It is keeping prematurely delivered lambs alive as it provides the mechanism that transitions the tiny fetus from a protected internal environment on to the outside world.

How To Grow A Baby Inside An Artificial Uterus

Currently, there are two leading experiments aiming to create artificial wombs which experts and medical practitioners are eyeing closely. One version has been running for more than a decade, and is overseen by researchers from the University of Michigan. The other device is the one developed and recently publicized by Dr. Flake’s team.

How does it work? An artificial womb is typically simulated. A key component, therefore, is amniotic fluid, which is what keeps a baby alive inside the womb. Attached deliver new amniotic fluid and simultaneously drain older amniotic fluid from the bag. Oxygen is pumped into the bag. One variation will also simulate a beating heart to pump blood into the artificial environment.

A feature on the National Geographic website highlights these artificial wombs’ pros and cons:

Unlike the Pennsylvania researchers’ device, which relies on the fetus’ heart to pump its blood, the Michigan system uses a mechanical pump. In both systems, infants breathe a simulated amniotic fluid, but in Michigan, they’re not immersed in a bag of fluid.

Each team points out the benefits of its device — one avoids pumps that can strain a tiny heart, the other makes it easier to access the infant if something goes wrong — but neither has yet been tested on humans.

As the artificial womb technology is still in the process of being developed to perfection, artificial womb cost remains unavailable. While more experiments are necessary, the future is looking at improved survival rates among babies born at around 24 weeks and, if all goes well, perhaps even pre-term babies born at 20 weeks and less can be expected to survive.

What The Future Holds

At how many weeks can a baby survive? On the average, babies are born between 37 and 39 weeks of gestation. In the US, the CDC reports that pre-term deliveries have increased from 10.6 per cent to 12.7 per cent between 1990 and 2005. Survival among premature babies are reported from 22 weeks which falls around the so-called age of viability of a fetus to successfully become a fully developed baby.

With the age of viability around 23 weeks, the fetus is typically characterized as follows:

At the moment, without introducing interventions like the artificial womb, a baby’s survival rate is significantly low. Meanwhile, even when a baby at 27 weeks or less survives, the poorly developed vital organs, including the heart and lungs, often suffer permanent damages that lead to lifelong organ-related diseases as well as other abnormalities. As a baby born in artificial wombs become normal, it is also expected that more abortion survivors can have a better chance at health and a normal life.

Dr. Flake was quoted in The Guardian saying, “If we can support growth and organ maturation for only a few weeks, we can dramatically improve outcomes for extremely premature babies[]”. His team is optimistic that the technology will become widely available to be harnessed by all babies who need the intervention to survive and to develop normally. In fact, the researchers are now in discussions with the US Food and Drug Administration about this new way of mimicking baby growth in womb.

Another essential question being asked is if this technology will further be developed to, eventually, replace a woman’s womb and, ultimately, start growing babies inside bags. For now, the researchers claim that the technology is only currently being developed to help decrease the mortality rate of pre-term babies and is not intended to start growing humans completely outside of the human body.

Is it ethical? The philosophical side of things will always be left hanging and people will continue to have opposing views about this new technology. At the moment, this technology can save more pre-term babies both their lives and their future.