Alexa Chung has great influence on British fashion. She has been awarded the British Style Award for a third year running. Let’s have a look at some of her most outstanding looks:

Alexa’s love of androgynous footwear can not be denied. She makes flats on the red carpet look fresh. 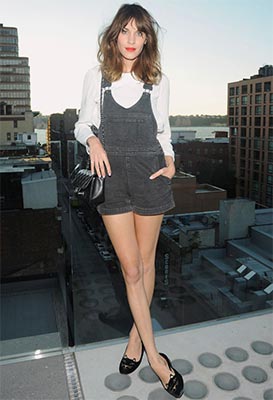 Look at the adorable black velvet slippers with kitten’s face on them. Many celebs like Katy Perry, Taylor Swift and Beyoncé have been sported in similar outfit. 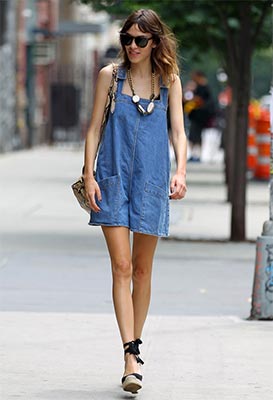 Alexa has a penchant for pinafores, whether denim or navy cord. This gives her a gallant look. 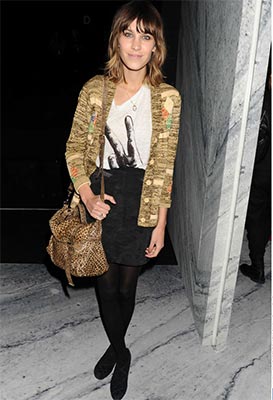 Creative Director Emma Hill decided to create a bag in Alexa’s honor after spotting Alexa carrying a classic Mulberry men’s briefcase in a magazine, the labels.

Alexa’s love of peter pan collars was quickly copied all over the country, and similar shirts popped up all over the high street.

She was not the first to wear this but once she put it on it became the festival uniform of choice. 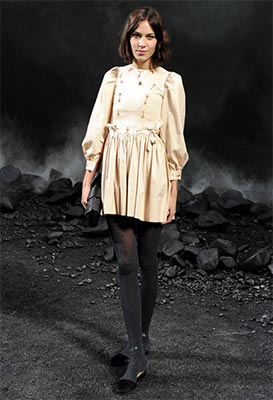 This Alexa’s style was widely copied until she got bored with it for awhile.

It is Alexa who popularized the denim cut-off short. Nearly every teenage girl tries to copy this.

Alexa caused an obsession with nautical-inspired coats be it navy peacoat or sailor jacket.