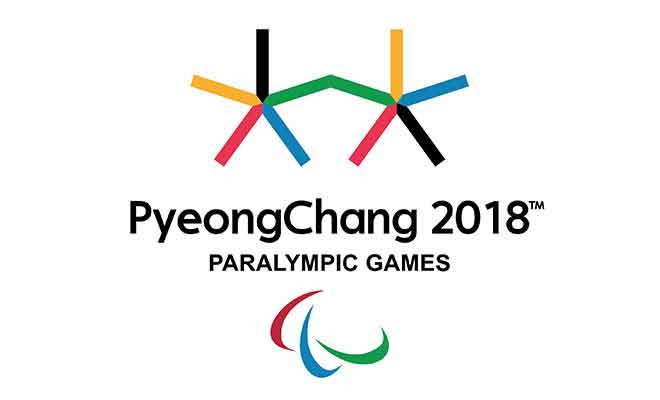 The Paralympic Games were first staged side-by-side with the 1948 Olympic Games. Paralympics sports have gone a very long way from being an institution-based sporting event that was historically first tagged as the Stoke Mandeville Games, which came down in history as the first sporting event held exclusively for wheelchair athletes. Winter Paralympics 2018 involves more participating nations and athletes that ever before, and South Korea is playing host to yet another important milestone and paralympic history.

Paralympics, a sporting event held ever 4 years, will be held in Pyeongchang County in South Korea from 9 to 18 March 2018. The host country has officially opened the games on Friday with more than 560 paralympic athletes representing some 50 countries competing for approximately 80 medals in six sporting events. Three countries — North Korea, Georgia and Tajikistan — are making their first-ever showing in the Winter Paralympic Games. The Paralympics begins as the 2018 PyeongChang Winter Olympic Games drew to an end, also in Pyeongchang.

In January 2018, South Korean President Moon Jae-In urged his countrymen to support the smooth and successful conduct of the games. He said, “Fellow Koreans, now the PyeongChang 2018 Olympic and Paralympic Winter Games are only a month away. They are the first Olympics to be held in Korea in 30 years since the 1988 Summer Olympics in Seoul. Let us show more love and support for PyeongChang. Your strong interest and full support will make the Olympics a great success.”

In a statement posted on the official website[ ] of the PyeongChang 2018 Olympic and Paralympic Winter Games, the South Korean President stated, shown holding the official mascots for both games, stated, “I would like to share with you my commitment that I will do my utmost as an Honorary Ambassador to make the PyeongChang 2018 Olympic and Paralympic Winter Games as the one that all our people in Korea can take pride in.”

Pyeongchang County is located on the east southeast side of Seoul and is approximately 180 kilometers away from the South Korean capital.

Related: NBC To Broadcast Olympics To 2032

This is a regular sporting event held every four years alongside the conduct of the Olympic Games. Also known as the Handicap Olympics, Paralympics literally means “alongside” or “side-by-side” with the Olympic Games. Thus, the disabled sports have always been held on the same dates as the Olympic Games, and have featured more and more sports similar to the Olympic sports with the passing of time.

Although, there remains to be a number of sporting events included in the Olympics that do not include a paralympics counterpart, such as paralympic gymnatics and boxing. One of the major hurdles in including sporting events in the paralympics is the lack of a national, regional and global structure to select qualifiers for the global paralympic event. It is, after all, not easy at all to establish this network for the proper screening of athletes.

The games have been run by a constantly evolving and globally growing organizations which, in September 1989, was finally organized into the International Paralympic Committee (IPC). Since then, the IPP has been acting as the governing body of the Paralympic Movement.

Despite the growing organization of the paralympics and the increasingly influential role of the IPC worldwide, there are groups of paralympians who would rather be separated from the paralympics as the world knows it today. Among these are deaf athletes who have been organizing their own Deaflympics until today.

Both the Winter Olympics and Paralympics bore the same emblem using two similar hangul characters rendered in crystal-like design. The emblem aptly means “equality”. Whereas the official mascot for the 2018 Winter Olympics was the Soohorang, a white tiger, the 2018 Paralympic Games’ official mascot is the Bandabi, an Asiatic black bear. Bandabi is a bear found in the Korean Peninsula and has been meant to symbolize strong will and courage.

The Paralympics 2018 Team Standings And Events

The first few medals given away were from Alpine Skiing and Biathlon which started early on Saturday, a day after the games were officially opened. Alpine Skiing began its qualifying rounds on 7 March, a few days ahead of the opening on Friday. On Sunday, the athletes registered for Cross-Country Skiing also began to compete for medals.

Day 3 of the Paralympic Games marks the beginning of the snowboarding competition, following a two-day qualifier. The first medals to be given away in the sporting event happens on Day 3. Meanwhile, qualifiers are ongoing for Ice Hockey and Wheelchair Curling, and finals rounds for both events do not happen until 17 March.

The Paralympic Games 2018 opened with a spectacular display of lights, sounds and pyrotechnics on Friday, 9 March, at the Pyeongchang Olympic Stadium, the same venue that was used for the ceremonies of the recently concluded Winter Olympic Games. The ceremony was witnessed by an estimated 35,000 people, the same number expected to attend the closing ceremonies slated on 18 March.

During the Opening Ceremonies, it was strikingly evident how the delegations from North and South Korea marched separately, very much unlike what happened during the conduct of the Opening Ceremonies for the Winter Olympics. Still, the participation of paralympians from North Korea are noted, so too are paralympians from Russia posting as independent athletes. Russia has been suspended from the games due to investigations concerning state-sponsored doping program.