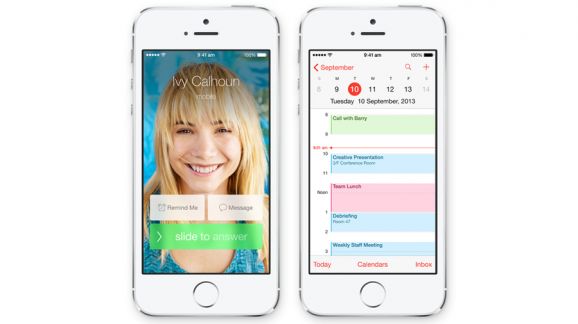 Security firms have been moving over to iPhones for the past few years now, dropping BlackBerry and other solutions for Apple’s end-to-end mobile security. They might have good reasons for doing so, if a new leak from The Gamma Group is true.

The leak has a screenshot showing the different platforms, even though BlackBerry only works on a few versions, iOS does not work at all unless the user has performed an untethered Jailbreak, allowing the firm to spy on the user.

Coming from The Gamma Group, a firm involved in surveillance for the United States, United Kingdom, Germany, Russia and Iran, this is pretty surprising stuff, showing the quality of security from Apple on iOS.

Apple has always touted their impressive security on iOS. The company believes due to their end-to-end encryption on hardware, software and services, it makes everything more secure than Android could ever be, split between Google and OEM partners.

The iPhone has security inside the hardware, like the A7 processor chip that keeps information local. This works with the security on the software level, making sure no service or program can infiltrate the CPU and gain the personal information.

Compare this with Android, Google might make software security, but without the proper hardware it would be easy for a program to bypass the software on Android and make a break for the personal information – one loose screw is all it takes.

Apple still has its issues from time to time, but for the most part security has always been one of their strong points. Back in the battle between Windows and Mac, there was always arguments from the Mac end about never having viruses.

Customisation always comes at a cost, what looks like a powerful magnet smartphone might be an easy target for a surveillance or hacking team, where the iPhone will stand strong against all attackers.