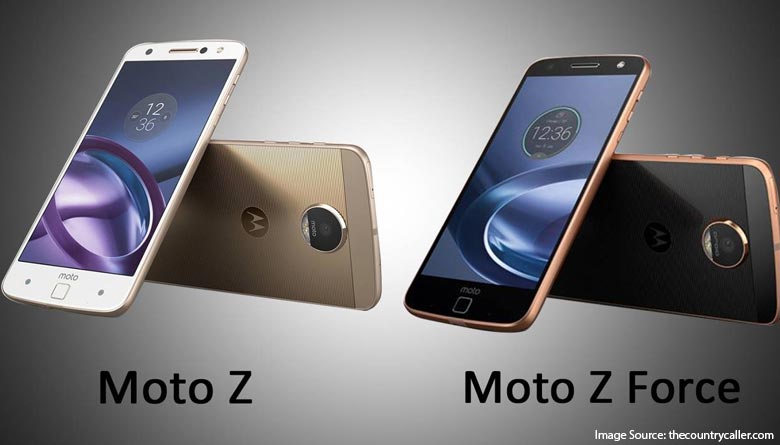 Motorola has released a new flagship in to the smartphone market; the Moto Z phones. The company has announced that the handset will be in two versions namely, the Moto Z and Moto Z Force. This follows a trend that was started in 2015 by the Moto X. The two have noticeable differences from the previous Moto flagships. They are metal phones and the manufacturer has described them as the thinnest premium smartphones around. The Moto Z will provide users with a wide variety of Moto Mods. Here are some details and exciting features to expect from the new flagship.

The Moto Z is metallic with a 1440p AMOLED display and 820 Snapdragon. This is a great display for people looking for a companion device. This allows for browsing, playing games and watching videos and movies. Coupled with the 5.5″ display, this is the ultimate entertainment gadget. It allows you to switch between tabs on a single browser. Its 4GB RAM is perfect for installing games and lots of exciting apps. In addition, it comes with a slot for MicroSD. This increases the storage up to 64GB. You can download movies, music and loads of videos and watch them right from your phone.

The rear camera is 13MP coupled with laser and OIS autofocus. Additionally, it has a front camera that has 5MP together with wide enough angle lenses. The front camera has a smooth flash that does not affect the eyes. In addition, the gadget has a protective coating to ensure water is kept off as well as a fingerprint sensor. It does not have a jack for headphones, the USB is C-Type and the battery is 2600mAh. Although it lacks a headphone jack, the battery life is promising and can withstand long hours of heavy browsing.

This device is much thicker compared to the regular Z. It makes useof a plastic cover, which is unbreakable rather than a Gorilla Glass Cover. The screen cover cannot shatter; however, it is susceptible to scratches. Its battery is much larger and has a better camera too.

This device has a touch screen display of 5.5″ and a screen resolution of 1440×2561 pixels. It is powered by a Snapdragon Qualcomm 820 2.2GHz quad core processor. Additionally, it has a 4GB RAM and an internal storage of 32GB. The internal storage allows for expansion of about 2GB. Additionally, it has a micro-SD card slot. Game lovers will love this device for its big storage and the speedy processor.

Its primary camera is 21MP making it the perfect choice if you like taking photos. The front camera is 5MP allowing for clearer and quality selfies. It runs on android 6.1 and has a non-removable battery of 3500mAH. This battery can withstand long hours of intense usage without recharging. It weighs around 163g, with width, height and thickness of 75, 155 and 7 respectively. This device has a single SIM card slot and the SIM card has to be Nano-SIM. Its connectivity options include GPS, Wi-Fi, 4G, NFC and Bluetooth. Some of its sensors include ambient light sensor, proximity sensor, gyroscope and accelerometer.

The two gadgets are compatible with MotoMods accessory system. They have magnetic attachments that allow a back connection of 16 pogo pins. This serves the purpose of adding extra functionalities to the gadgets. Their speaker module is from JBL and comprises of a battery module, projector module and a variety of back panels in both leather and wood. This feature resembles that of the G5 from LG, but the advantage with Moto Z’s is that, users do not need to remove the battery in order to swap modules.

The Moto Z devices are made using aircraft-grade stainless steel and aluminum materials giving them a metal design look. They are extremely slim and will be available in several finishes and colors. This design means that, the devices will have protruding cameras. The 16 pins and the Moto Mod accessories will draw many people’s attention. The gadgets will be water resistant; a common feature with many previous Motorola handsets. Motorola has announced many other Moto Mods and it has plans to make them compatible with future gadgets. The Moto Mods can perfectly fit on the two handsets.