Are Claims About the Return of Refurbished Galaxy Note 7 True?

Samsung is certainly among the giants in the tech world. With millions of sales worldwide and several phone series, it is certainly a reputable company and one that is difficult to beat. To begin, the company is based in South Korea and has subsidiary companies and stores all over the world. Their products, including phones, tablets among others, are probably popular everywhere. The company was fairing on well until the release of Samsung Galaxy Note 7.

Millions and millions of orders were placed around the world. However, everything returned to square one almost immediately after its release. Many people complained that the device caught fire and released certain chemicals. With no option, they had to consider a recall.

The Recall of Samsung Galaxy Note7

With impaired trust from ardent Samsung customers, the company had no other option but to consider a recall for this product. Certainly disappointing but it was the only way to end the raging doubts about this device. The company ordered the first recall promising to study and elucidate the underlying problems within the device. All this aimed at ending this drama and work on rebuilding the trust with its customers. Sources indicate that the company identified two main battery issues that caused these problems. The issues include: 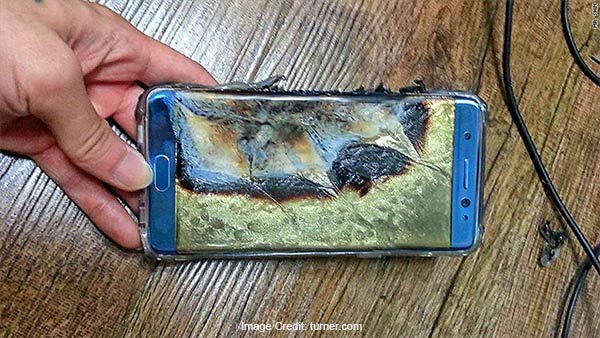 To begin, Samsung Galaxy Note 7 is powered by a 3000amps lithium ion battery. In brief, the battery structure is made up of two electrodes, one positive and the other negative. The two electrodes are separated by a barrier, referred to as a pouch. The pouch ought to be placed correctly to prevent the two electrodes from coming into contact. With this said, the original Samsung Note 7 suffered a design problem. Studies indicate that the batteries had a problem that deformed the negative electrode. Being deformed, the negative electrode could wind up, above the pouch, touching the positive electrode. This resulted in massive overheating and eventually fires.

The curved design of the phone is understood to be the primary causative factor. The pouch design was not much accommodative to allow for the expansion and contraction of the battery. Due to insufficient space, especially around the upper righthand corner, normal expansion and contraction of the battery could not occur during the normal charge and discharge cycle. Therefore, as the battery elements expanded within the tight confines, the negative electrode bent around the pouch reaching the expanded positive electrode, eventually touching.

This was the second identified problem associated with the Samsung Galaxy Note 7 batteries. Sources claim that the manufacturer did not do a good job with welding of the positive tabs otherwise known as electrodes. So to say, the manufacturers did a fluffy job leaving a tiny nodule of the material making the positive electrode to stick out. The extension was large enough that it perforated the insulting material, the pouch separating the two electrodes. This caused short circuits within the battery, increasing the temperatures and ultimately melting the copper elements inside. This answers the question where the chemical compounds from the phone originated from.

Unclear information also claims that quality control from the manufacturer was also below the expected levels. The reason being that some devices had no insulating materials at all. Even after recalling the first bunch, the second bunched released had similar problems. This sank further the aspirations of getting this phone back to the market. Having recalled the first batch, the company was also forced to recall the second replacements too. This killed the production of the company’s bestselling device.

Who Made The Errors?

In a bid to preserve and maintain the reputation of the company, Samsung could not disclose the manufacturing companies of these batteries. However, sources indicate that Samsung SDI, a subsidiary company from the Samsung electronics was responsible for the first installments. Ampere technology is also said to have manufactured the second set with welding problems. However, the claims are unproven. 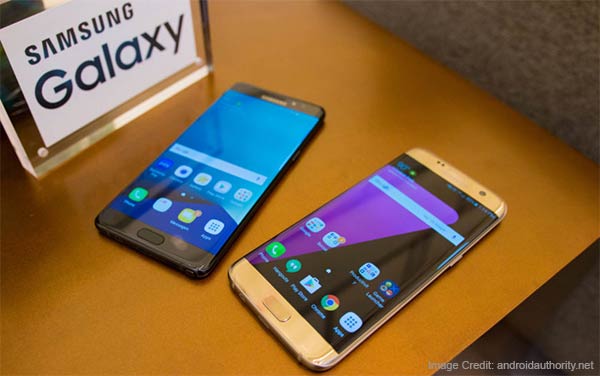 What Next For Samsung?

With the Note 7 down completely and almost all the phones recollected, the company is weighing all the available options. The company is certainly well aware of the hefty fines the South Korean government will slap on them due to the environmental considerations from disposing of this series. Therefore, reports from the inside sources claim that the company is working on a refurbishment project aimed at replacing the entire battery system of this device. The project is set to be accomplished by May and get to the market by June. Additionally, the Note 7 may not appear in the United States and Europe markets. The refurbished units will be sold mainly to the emerging markets including India and Vietnam.

According to some reports, the Note 7 will retail at a lesser price to ensure that the product gets sold off aggressively before the launch of their new device, the Note 8.

See Also: Samsung Galaxy 7 Note To Be Launched In August

Claims that the Samsung Company is planning to introduce a refurbished Samsung Galaxy Note 7 back to the market could be true. Being one of the company’s bestselling device, they couldn’t let the product go down just like that.