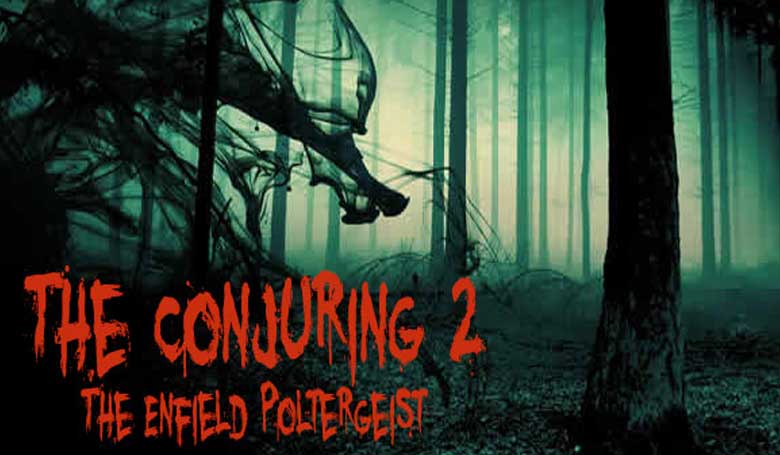 For those that are into the horror of theatre entertainment the Conjuring led to no disappointments. So it was with much anticipation that horror buffs waited for the release of Conjuring 2, and it too led to the satisfaction of many when it comes to terror on the big screen.

James Wan put all of his directing skills into the sequel, which was no less than what was expected of him. The crux of this latest horror centered around the files pertaining to the Warrens of Connecticut, which was a documented case, lending all the more to the credibility of the movie. The Warrens for those who are not familiar with them, are a couple that go about documenting paranormal activities, and are not only noted for the Haunting in Connecticut but also were the source of information for the Amityville Horror.

In The Conjuring 2 the Warrens head off to the North of London to offer their help to a Mom who is raising four children on her own in a house that is laden with nasty spirits. The role of the Warrens is played by Patrick Wilson and Vera Farmiga. Mom is played by Frances O’Connor and the characters of the children are portrayed by Madison Wolfe, Lauren Esposito, Patrick McAuley, and Benjamin Haigh. This sequel is masterful at intertwining the Amityville murders as the Conjuring 2 begins with Ed and Lorraine Warren’s participation in the documentation of what took place per their investigations into this event. Then going forward in time, an introduction of the paranormal experiences, that the Hodgson family who lives in London England is experiencing.

Here the breath holding, and don’t take your eyes off the screen occurrences begin. Janet (Madison Wolfe) the second eldest child in the family begins to converse with an entity in the house that eventually makes it presence known to all of the family members. The fear of this presence is of such a magnitude that the family flees to stay with a neighbor. The terror doesn’t end here, however, as Janet becomes possessed with the spirit of Bill Wilkins, who was the previous owner of the house and has no intentions of giving it up.

This phenomenon leads the Warrens to discussions with other experts in the paranormal field like Maurice Grosse and Anita Gregory. Attempts are made to convince the spirit of Bill Wilkins to forfeit the house so the Hodgson’s can live in peace. Trepidation is evident on the part of Lorraine Warren in that because of her vision of ED dying a horrific death that took place during their Amityville encounter she is reluctant to become too involved in this new case.

In the meantime, while the involvement of the Warren’s is heating up Peggy and her four kids are experiencing mind terrifying episodes of shaking beds, ominous shadows, toys rolling down the hall, and a beat up chair that seems to have a life of its own. This is pale in comparison to the upside down crosses and the intensity of possession taking place in Janet.

Of course the town and neighbors are split between believing that this is another case similar to the Amityville file or is it all a hoax, and it is the job of the Warrens to determine this. The Conjuring 2 was written by Carey Hayes, Chad Hayes, Wan and David Leslie Johnson.

While no doubt the acting by all involved was superb, it was definitely enhanced with the creation of the house where all this took place. This was the work of Julie Berghoff, who also worked with Wan on the previous movie.

While creating fright mixed with suspense is the crux of the movie through the roles of the characters, this is definitely heightened with the right timing of the sound effects such as the floorboards creaking and the back swing making an eerie screech, then those moments of silence which surely lead many in the audience to hold their breath in anticipation as to what is to happen next.

While the Conjuring 2 was definitely designed to bring horror into reality based on its documentation of paranormal experiences, it did have its lighter moments as if explicitly designed to give waves of excitement and anticipation during the entirety of the movie.

The final verdict as to just how scary this masterpiece of horror released on June 10th, 2016 in the US, really it comes down to what the box office brought in which so far has grossed over $151 million worldwide.