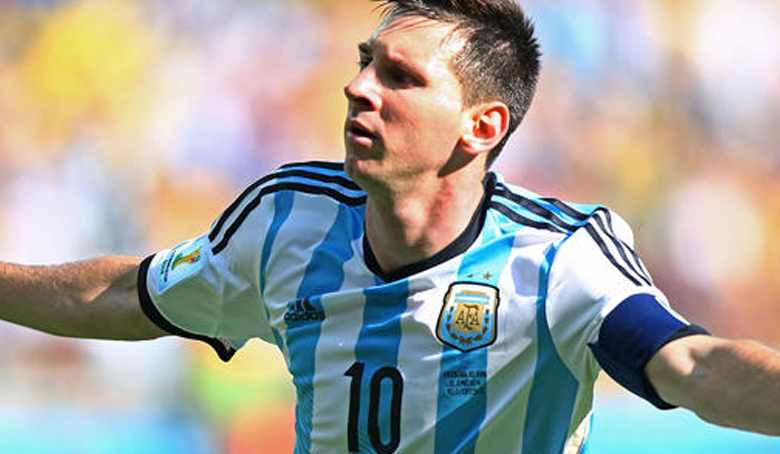 World Cups are defined by the individuals who through their historical moments of skill and talent, marked an indelible signature in the greatest game in the world.

In 1958, it was Pele who was still a teenager back then. In 1986, it was Diego Maradona of Argentina. In 1998, it was France’s Zinedine Zidane. In 2002, it was the Brazilian Ronaldo who brought his team to glory with such incredible ease.

Now in the 2014 Brazil World Cup, one name rises above the rest, Lionel Messi. He is the only player who has the biggest chance to define this year’s World Cup.

Unlike other sports, no matter how good Messi is, he will just be one player among the 22 in the field. But with the right strategy and a confluence of events and team support, he could make a brilliant moment that would be carved in World Cup history. Messi has a great chance to deliver, because the entire Argentina team gives him an excellent support system that would allow him to lead his team to victory.

The World Cup can either be Messi’s to win or to lose, especially now that Cristiano Ronaldo is eliminated early in the tournament and Neymar is out due to an injury.

Now that Germany clobbered Brazil in a dismal defeat, it is up to Messi to conquer Netherlands on Wednesday and rise above the challenge to grab the championship.

Their battle against Netherlands would definitely be a strategy-filled fight. Argentina should keep up with the racy attacks of Netherlands, especially with players like Arjen Robben and Robin van Persie.

Their match against Netherlands may provide Messi with that moment of brilliance. If they win on Wednesday’s game, the championship match with Germany would give him even more opportunity to mark his name in the history of the World Cup.