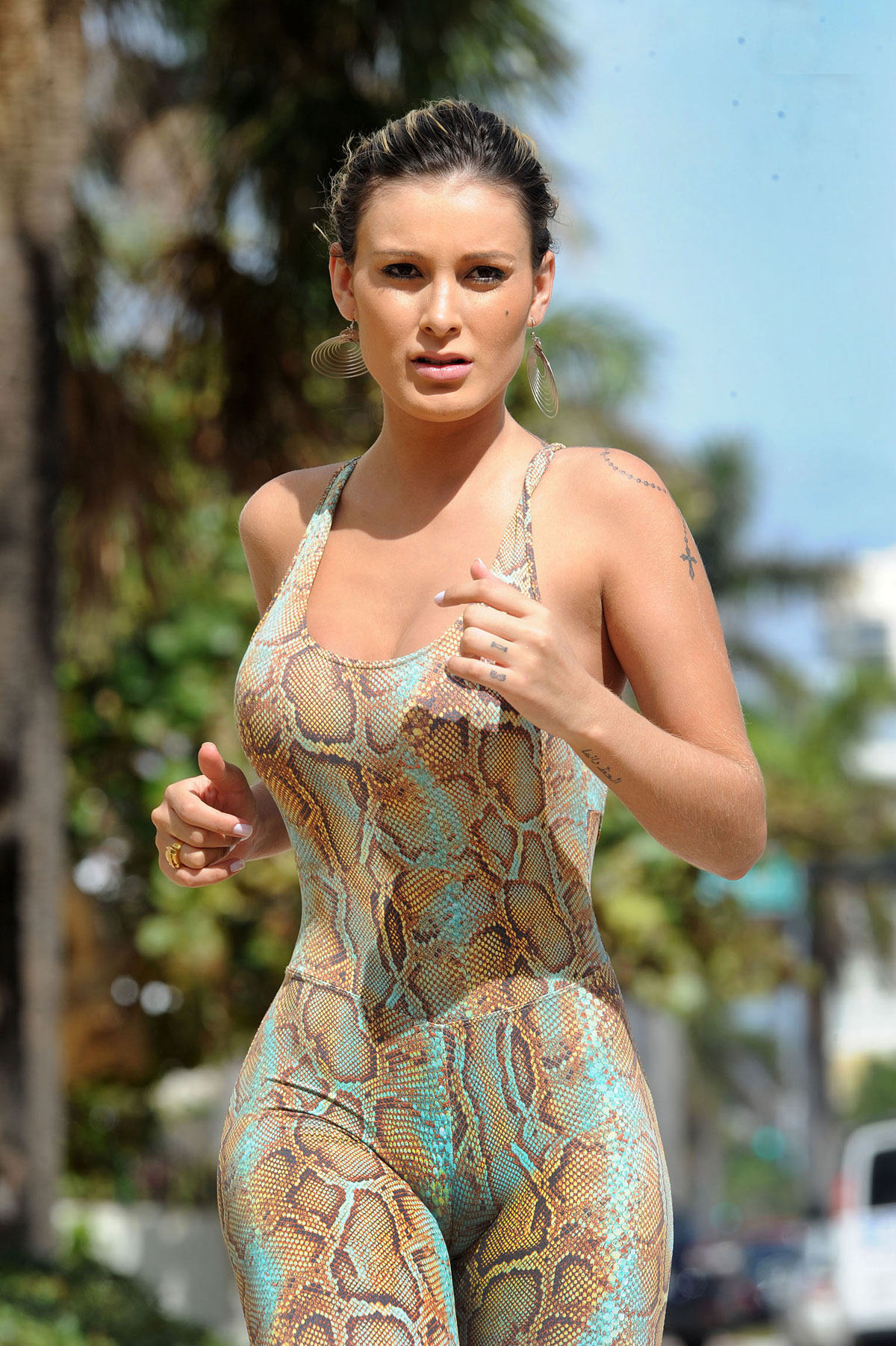 Brazilian model, Andressa Urach was booted off from a Portuguese training field Wednesday after trying to get in touch with Cristiano Ronaldo.

The 26-year-old TV presenter even had media accreditation when she tried to speak with the World Cup star Ronaldo.

She is a runner-up for Brazil’s infamous “Miss Bumbum” beauty pageant, which is a competition that determines the most beautiful female butt in the country. Now, she is a co-host of the Brazilian TV’s Muito Show.

One of the most controversial stories behind Urich is her alleged affair with Ronaldo last year. However, the football superstar angrily denied the allegation. Ronaldo even provided an alibi about where he was during the night that Urich claimed she had slept with him. Cristiano has been dating Russian model Irina Shayk for some four years.

Urach welcomed the Portugal team when they arrived in Brazil early this month by painting her naked body Ronaldo’s jersey while holding a sign saying, “kisses C. Ronaldo.”

In her Twitter account, she explained why she was at the training session. She said she simply wanted to say good luck to Ronaldo, but was kicked out from the pitch. She also ranted about how her press credentials were removed, demanding rights to freedom of expression.

Even though the model had the press credentials, it was her history with Ronaldo that made the authorities kick her off the field. Over a year ago in the 2013 UEFA Champions-League tournament, she said she slept with Ronaldo at the Hotel Villa Magna of Madrid. This became very controversial because the football superstar was dating Shayk during that time.

To suppress the bad press, Ronaldo took to Twitter saying someone wants to become famous using his name. He also said it is curious why the news about the alleged affair came out a day before his team plays an important game.