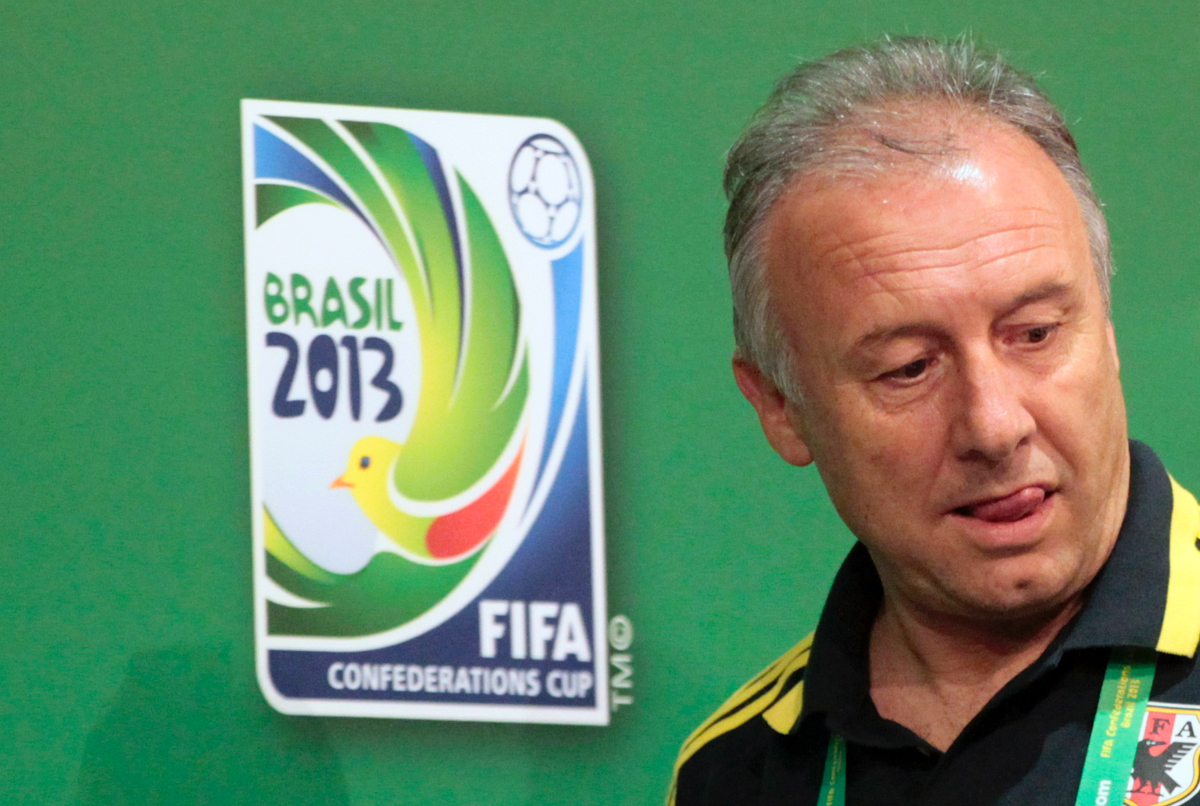 After a 4-1 thrashing by Colombia in the ongoing World Cup tournaments, Japan’s coach Alberto Zaccheroni’s fate is hanging in the balance. He said he would take some time before deciding whether or not to quit. But the final decision lies with the management of the team.

“I will speak to the management and will let you know whether or not I will stay. I think it is only appropriate for this question to be discussed within the team first,” he said.

Speaking about the loss, Zaccheroni said he felt they left a lot to be desired in the first two games. They picked up in the third match and were forced to play everything against a team that had great potential to go very far in the tournament. “Unfortunately, what I will take back in my mind is the fact that in the first two matches we failed to play the game we normally play,” Zaccheroni said.

“We all thought we would do a lot better, that we would perform much better as we showed in the first half (against Colombia) when we played intensely as we normally do and we are able to generate opportunities to win a match” he added.

Zaccheroni who is an Italian, has been in charge of the team for four years. He is the one who led them to the 2011 Asian Cup title. He said he had enjoyed his time with the team and admitted that his side had failed to perform during their run in Brazil where they did not win.

The header by Shinji Okazaki on the stroke of halftime put the team level, but the South Americans brought on James Rodriguez at the break who took control at the start of the second half.

Japan were slow and therefore were unable to cope with the lightning-quick counter-attacks of the Colombians hence the loss.

Zaccheroni said the damage had already been done when they threw away a 1-0 lead against Ivory Coast ending up losing their opening Group C clash 2-1 and also failing to score against Greece that was already weak having only 10 men in the pitch. The game with Greece ended in a 0-0 stalemate.

Greece captain and skipper Konstantinos Katsouranis was sent off in the 27th minute for two yellow card offences. He had been cautioned against fouling Yuya Osako and he picked a second yellow card for taking Japan captain Hasebe’s legs away from underneath him.

The former Juventus, Inter and AC Milan coach admitted he was surprised at his team’s failings. He however struggled to pick a convincing reason for the fault as issues were raised concerning his players’ physical and mental strength and defensive issues.

“It’s difficult to pinpoint a single reason when you get the approach wrong,” he said. “I don’t know. We were all surprised, the management, the squad, it is a doubt that will remain within me”. But with or without Zaccheroni, Japan will defend their Asian Cup title in Australia in January.