Jules Bianchi got a crash on Sunday during the Japanese Grand Prix. During the crash, Bianchi suffered a serious head injury that caused the race to be stopped early. He has been put into intensive care after surgery since then.

Hamilton won the race but victory became insignificant after this accident, though he deserves a pat on the back for his eight win this season.

Biachi’s parents arrived at his bedside Monday where he is reported to be critical but in stable condition.

Philipe and Christine Bianchi entered the hospital without speaking to journalists.

There is now a row brewing in the world of F1 world over why the race organizers pressed ahead with their planned 3 p.m. start time in total disregard to the heavy rain that was expected.

Jules Bianchi careened out of control on a rain-sodden circuit at Suzuka on Sunday, smashing into a recovery vehicle near the end of the Japanese Grand Prix. 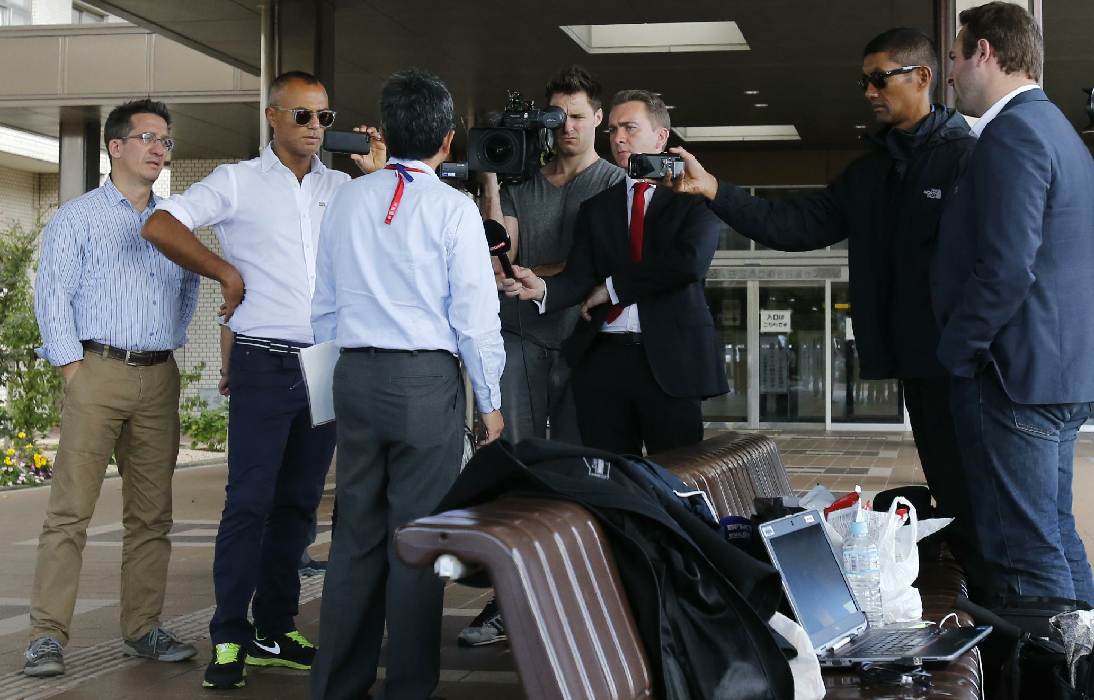 A medical evacuation helicopter takes to the air after the race was stopped following a crash by Marussia Formula One driver Jules Bianchi of France at the Japanese F1 Grand Prix at the Suzuka Circuit October 5, 2014.