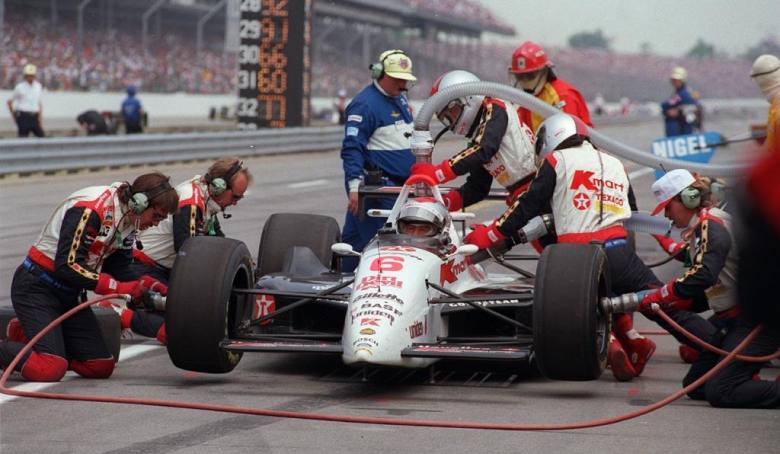 May 31, 1967 – Here crew members are seen pushing a car of Parnelli Jones. This was before the 51st running of the Indy 500, Indiana at Indianapolis Motor Speedway.

At the top is an action photo of the first Indianapolis 500 at the Indianapolis Speedway on May, 30, 1911. At the bottom is the start of the 1962 race as racers are led to the first turn.

At the top is Ralph De Palma sitting at the wheel of his racer on May 30, 1911.
At the bottom is a prototype car that was built by Lotus Cars Ltd. of London. Jim Clark of Scotland is at the wheel. This was during a test run in May 1963.

This is Al Unser Sr. who won his fourth Indy race with a time of 3:04:59 at a speed of 162.175mph. Here he is driving a Penske March-Cosworth. He heads down the main straightway at the Indianapolis Motor Speedway in Indianapolis on May 24, 1987. 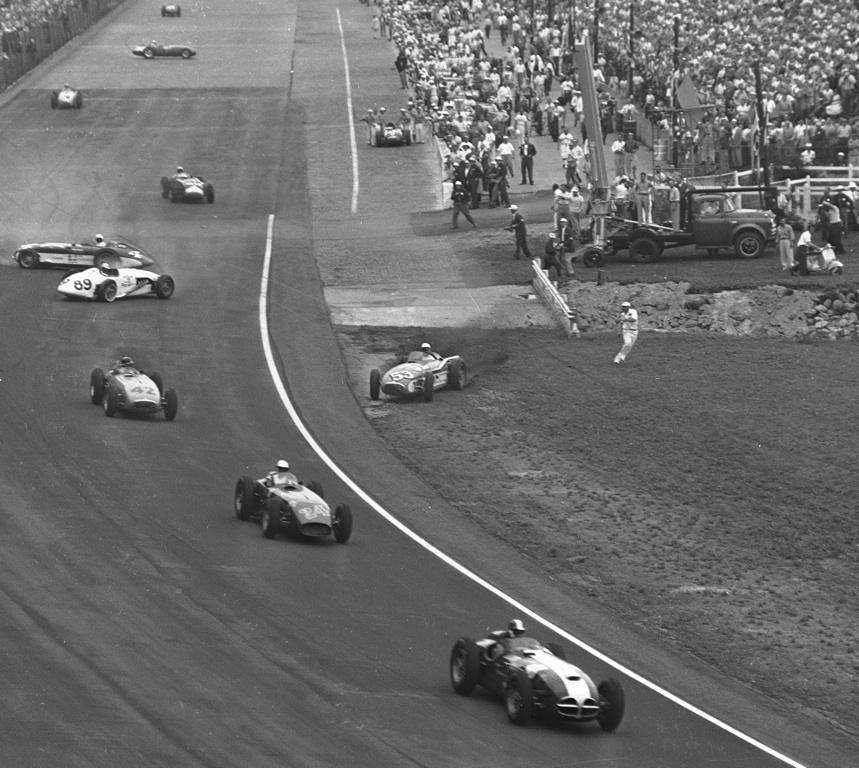 This photo was taken on May 30, 1956. It was the scene at the southwest turn of the Indianapolis Speedway as spinning racers crashed into each other.

Bottom: Emerson Fittipaldi takes the lead at the Indianapolis Motor Speedway with less than two minutes remaining. Al Unser Jr. crashes into the wall in the 1989 Indy 500.

Here, drivers line up in front of their cars before the start of the first Indianapolis 500-mile race on May 30, 1911 in Indianapolis, Ind.