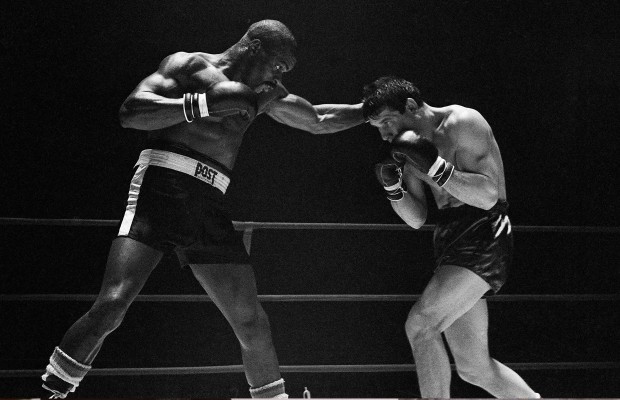 Rubin “Hurricane” Carter, the prize fighter who was racially linked to the wrongful murder conviction making him a symbol of injustice and pop culture cause, passed away at the age of 76.

Carter was convicted twice and jailed for 19 years before exoneration in 1985. He died on Monday at his home in Toronto according to the Association of the Wrongly Convicted (AIDWYC).

From 1993 to 2005, Carter served as the executive director of the Canadian organization, which said it was “deeply saddened” by the death of “a truly courageous man who fought tirelessly to free others who had suffered the same fate.” U.S. and Canadian media reported Carter was fighting prostrate cancer. Carter used to be a middleweight contender prior to his conviction in the 1996 murder of three people who were shot dead in Paterson, New Jersey.

A formidable fighter, Carter made his biggest win in 1963, when he stopped past and future world champion Emile Griffith in the first round of a non-tile clash.

His only world championship bout occurred in 1964 when he lost a 15-round unanimous decision to Joey Giardello in a middleweight world title fight.

Griffith said he could have a long way when Carter knocked him down and stopped him.

However, the triple murder conviction of 1967 curtailed Carter’s ring career.

He denied the murder claims, and his story got the attention of boxing great Muhammad Ali and inspired Bob Dylan’s 1975 song Hurricane. Decades later, 1999, film The Hurricane, earned Denzel Washington an Oscar nomination and a Golden Globe for his portrayal of Carter, although some factual inaccuracies in the film ignited some criticisms.

Carter got convicted in the company of his friend John Artis, who was also a black, by an all-white jury for the death of two white men and a white woman.

Carter underwent another trial in 1976 and was convicted once again. Carter was however exonerated in 1985 by US district court judge, H. Lee Sarokin, who termed the convictions as “based on appeal to racism rather than reason.” Upon his release, Carter, a native of New Jersey, relocated to Toronto.

Carter served as the executive director of the AIDWYC from 1993 to 2005, according to the organization’s founder, Win Wahrer, who told Canadian broadcaster CBC that carter was a “hero” for his job of advocating for the wrongly imprisoned.

Wahrer said it took a great deal of courage to speak out as he did on consistent basis and relive his own experience, but he did it because he felt it was the right thing to do. Carter’s sickness could not deter his efforts to work for those he believed were wrongly incarcerated.

He wrote an article in the New York Daily News in February seeking the release of David McCallum, who was convicted of a kidnapping and murder in 1985.

“I am now quite literally on my deathbed and am making my final wish to those with the legal authority to act,” Carter said.

He wrote that his single regret in life was that David McCallum… was still in jail. Carter, who discontinued with formal education in the eighth grade, was brought up in a life dotted with criminal activities before joining the Army, where he started boxing.

He returned home with an honorable discharge, overcoming a life of petty crime to build his professional ring career.