Scientists have been working on producing an intelligent robot that resembles humans in all aspects – reasoning, thinking, making decisions, walking, seeing, hearing and even leaning. It is not an easy task and the research has taken several years. All these functions are controlled by the brain and that is what scientists have been trying to mimic.

Much effort has been focused on software but now IBM is bringing a new twist to the scene. It has come up with a neuro-inspired computer chip that processes information in a way that is so different from the traditional software.

The company has unveiled what it calls TrueNorth, a custom made smart chip that has over 4,000 processor cores. 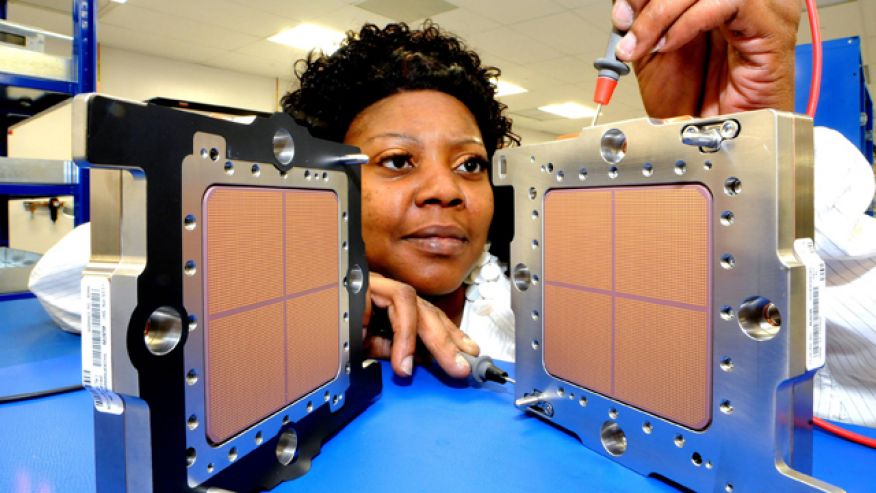 This chip mimics one million human neurons and 256 million synapses, the cornerstones of the human brain. Just like what scientists think of how the brain stores information, the chip can encode data as patterns of pulses.

Carver Mead, a professor emeritus of engineering and applied science at the California Institute of Technology said the experiment is really neat in architecture and a fine first step.

Prof. Mead is considered as the granddaddy of neuromorphic hardware. He said that the traditional CPUs and GPUs at the and other math-heavy tasks at the heart of our computers today are not good at encoding data the way brain does and that is why they opted for representing information with the timing of nerve pulses something that digital computers can not manage. 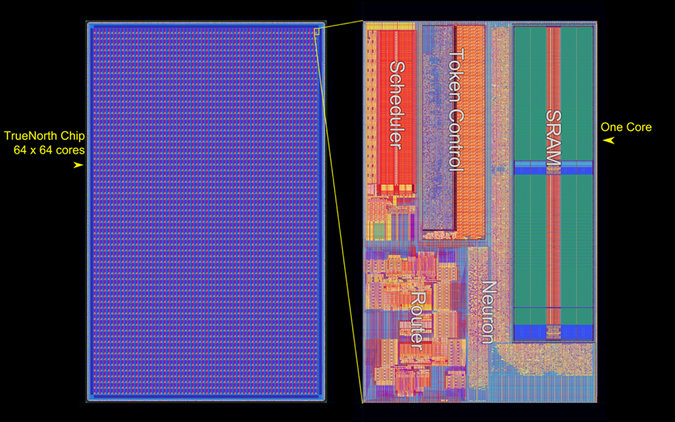 According to IBM, they have already tested the chip’s ability to handle common artificial intelligence tasks including recognizing images. Furthermore, its synapses and neurons can handle the tasks with speed using far much less power than the common chips.

TrueNorth is able to recognize things like cyclists, cars, people, buses, and trucks with about 80 percent accuracy and when it is fed with streaming video at 30fps, it only consumed 63mW of power as it processed the data in real time.

“There’s no CPU. There’s no GPU, no hybrid computer that can come within even a couple of orders of magnitude of where we are,” said Dharmendra Modha, the overseer of the project.

“The chip is designed for real-time power efficiency. Nobody else can deliver this in real time at the vast scales we’re talking about,” he added.

Dharmendra Modha explains that the trick is that you can easily tile the chips together to create a massive neural network.

A few weeks ago IBM created a 16-chip board that can process video in real time. Both this board and the chips are just research prototypes. But the technology is being peddled by IBM in a bid to show that is it something that will revolutionize everything from cloud services, smartphone technology to supercomputers.

“It’s a new machine for a new era. We really think this is a new landmark in the history of brain-inspired computing” said Modha.

But others are not convinced that the technology is all that different from the already existing systems.

Critics say it still has many tests to pass before it can be applied by data centres or used to power new breeds of intelligent robots, phones or Google Glass-like contraptions.