Amazon wants to test 50mph drones in their own facilities 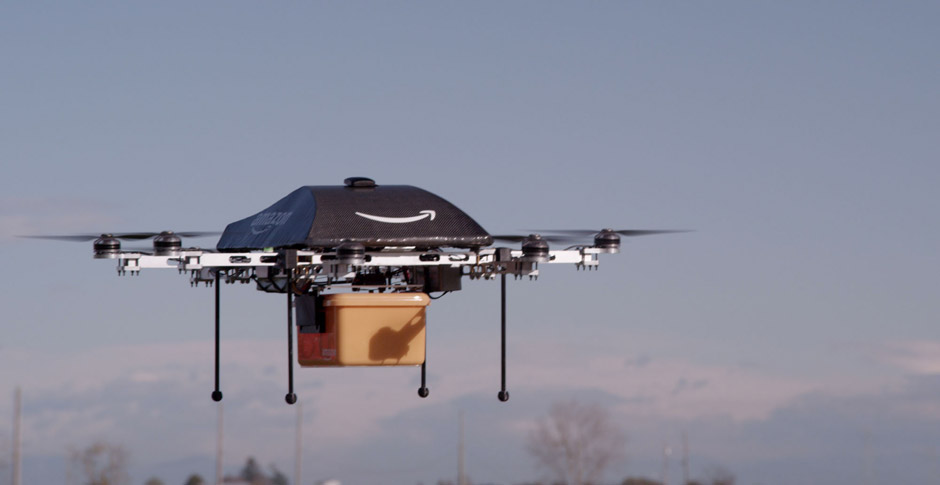 Amazon has been working on the drone delivery project for a while now, but only in one of the six FAA (Federal Aviation Administration) approved sites, dotted around the United States.

In a move to bring the Amazon delivery drone project to their own facilities, Amazon has sent a letter to the FAA, requesting to test out the drones at their own R&A test facility, instead of the FAA’s approved areas.

Amazon cites the need for more innovation in testing and claims it is just the same as a personal user testing a drone in their back garden. Since Amazon is a commercial company, they need approval from the FAA before testing.

The R&A team working on the Amazon delivery drone includes an ex-NASA astronaut and several high profile drone engineers. Amazon already has six iterations of the delivery drone and plans to work on seven and eight in the new facility.

Amazon Prime Air, the official name for the delivery drone, will offer small packages to people in the local area. Amazon’s CEO Jeff Bezos has he wants Prime Air to be as normal as a mail truck driving on the road in a few years.

Considering the FAA has already slipped up on their launch schedule for unmanned drones, we might not see this happen until 2016, and even then there might be heavy regulation on what drones can be used in the air.

The Amazon Prime Air could achieve speeds of over 50mph, faster than all small drones available on the market today. Amazon also wants the delivery drone to be able to carry a maximum weight of 55 pounds.

Amazon is all about lowering the cost of delivery and while drones will need charging and maintenance, they will cost a lot less than truck fuel and a truck drivers wages, the current system for Amazon.