The much awaited iPhone 6 and iPhone 6 Plus are finally here. Apple announced. The two phones in a packed house at the Flint Center for the Performing Arts at De Anza College in Cupertino.

The iPhone 6 has a 4.7-inch display while the iPhone 6 plus sports a 5.5-inch display. The former offers a resolution of 1,334 x 750 and its surface is coated with ion-strengthened glass. It measures 6.9 mm in thickness and has a better battery life than the last year’s flagship.

The iPhone Plus on the other hand offers a true HD at a resolution of 1,920 x 1080. It has more pixels than its predecessor and also has substantial battery life. It is 7.1 mm thick and runs iOS 8.

The phones can record 1080p video at 60fps while the slo-mo feature can capture at up to 240fps. The front-facing FaceTime HD camera is also new for 2014 with a larger f/2.2 aperture to let more light in and a new image sensor.

The LTE inside the phones supports up to 20 LTE bands and is 50 percent faster that the previous generation iPhones at 150 Mbps. 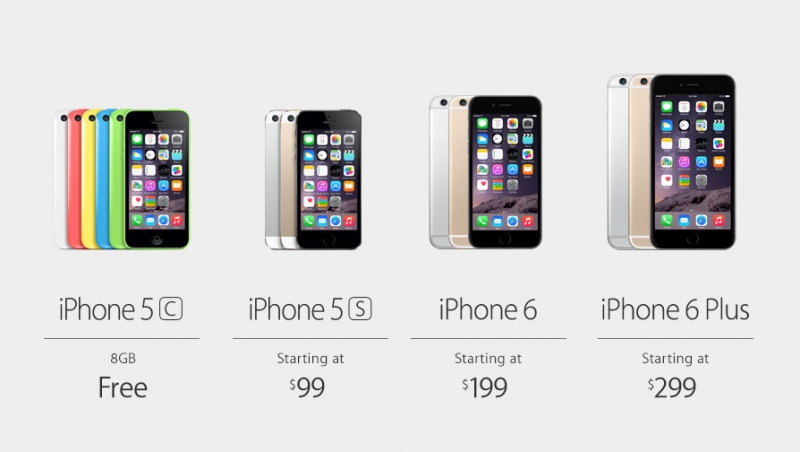 The phones support Wi-Fi calling on EE in UK and T-Mobile in the US. The iPhone 6 starts at $199 for a 16GB model; the 128GB model goes for $399. It will be available in black, silver and gold color schemes. The iPhone 6 Plus starts at $299 with pre-orders kicking off on September 12.