Are you looking for information about the best gas mileage cars available today? Then look no farther than right here. Having a great car does not stop with aesthetics, comfort, speed, security features and all the other excellent attributes that ordinarily can draw you to a particular brand of car but having an affordable fuel efficient cars on excellent mileage could be an added incentive. Now, let’s take you through our guide on the 7 world best gas mileage cars and at affordable prices.

Our 7 picks for the world’s best cars with good gas mileage focus on cars that offer consumers the best car prices, most fuel-efficient cars and can be considered as affordable automobiles and as one of the high gas mileage cars. How about having more in for less, meaning you get more mileage covered for lesser fuel consumption? Sounds good? And that’s part of what these 7 cars listed here offer. Hybrid systems with plug-ins have created a revolution that helps your vehicle travel farther using lesser gasoline saving you thousands of dollars annually.

The Hyundai Ioniq hybrid is one of the high gas mileage cars with a capacity of 57 mpg covering city routes, 59 mpg for highways and a combined 58 mpg. With the Ioniq’s efficiency rating of 2.52 and the best lower pricing, it is clearly the car to beat as one of the highest mpg cars. In a nutshell, the Hyundai Ioniq clearly is one of the best fuel economy cars to go for when buying a new car. But also remember most hybrid cars offer better efficiency when driven in the city due to the new to power-charge.

The Toyota Prius Prime is no doubt an industry leader when it comes to hybrid cars as it is the hybrid car even in the Prius family. It offers three categories of the best cars on gas with an estimated combined mpg of 54, EPA – Environmental Protection Agency, US. You have the Toyota Prius Prime Plus, Premium and Advanced models offering great value and affordable fuel efficient cars for your money.

The Prius Prime offers the best fuel mileage cars when compared with the 2017 Ford Fusion Energi at 43 mpg, the 2017 Chevrolet Volt premier at 42 mpg and the Hyundai Sonata hybrid at 45 mpg.

The Toyota Prius obviously is no match for the Hyundai Ioniq based on the Ioniq’s combined mpg of 58 mpg which exceeds that of the Prius by 3 mpg. The Hyundai Ioniq electric also offers the best economy cars as it’s the best fuel efficient cars in hybrid mode as indicated by EPA. Ioniq hybrid electric also offers the best and more efficient energy supply at 136 mpg-e as against Prius Prime fuel savings rating of 133 mpg-e.

However, the Prius Prime is relatively also one of the best gas efficient cars with regards gas mileage comparison when checked alongside some other cars within the same generation as it. It is the most efficient plug-in hybrid energy cars in EV mode.

The Fusion hybrid by Ford offers a vehicle with much comfort and as one of the best affordable cars with lower car prices compared to hybrid cars in the same category. The Ford Fusion is a hybrid midsize car that can guarantee you gas efficient and electric powered economy car.

As one of the midsized most fuel-efficient cars, it has an in-city fuel consumption of 43 mpg and a 41 mpg for highway transit. It has a four-cylinder engine with an electric motor though not a car with so much dexterity and speed but it fits well with fuel management.

The Ford Fusion S 2017 comes at the rate $25,295 thereby making it one of the most affordable cars for a midsized car. So, if what you seek is a midsized most economical car maybe a sedan then the Ford Fusion Hybrid won’t be a bad idea after all but still for a price range of $25,000-26,000 then the Hyundai Sonata Hybrid should be a better pick. The Hyundai Sonata Hybrid should do better as Best cars with good gas mileage and for car price comparison.

With any of the other three, you get a little more value when buying a new car as against the Ford Fusion Hybrid.

If willing to spend an extra $3,000-$5,000 then the Honda Accord Hybrid and Chevrolet Malibu Hybrid should be the best cars to settle for with affordable fuel efficient cars.

Related : Mistakes To Avoid When Buying A Car

The Chevrolet Volt presents a sleeker car with great aesthetic and security values at last. But the Volt comes at a rate of $33,220 which on its own makes it quite a pricey car that cost more than the Toyota Prius Prime. However, one key factor for any hybrid car must be how fuel efficient it is and the Chevrolet Volt is a volt electric powered range to tell others about the Voltec Extended-Range Electric Vehicle (EREV).

The volt is eco-friendly and is one of the best cars on gas with an all-electric power system using 18.4kWh batteries of 192 cells. The Volt offers a fun experience when it comes to driving around with higher acceleration but a more pricey choice when buying a new car.

It mileage comes as relatively similar but lower when comparing other cars in its category. The Volts offers a 43 mpg within the city and 42 mpg on the highway. With a 43/42 mpg the Volt is the least with the best gas mileage cars and taking into consideration the $33,220, the Volt is quite pricey for the value it offers compared to others in the same league.

Combining the 182 horsepower of 1.8 liters with a four-cylinder engine as well as two electric motors helps the Malibu deliver excellent speed without draining the fuel supply.

Related: Fisker EMotion Is The Next Electric Car To Compete With Tesla 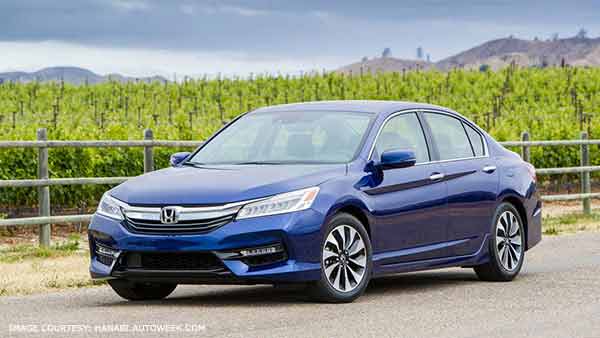 It is arguably one of the best cars with good gas mileage offering excellent adaptive cruising controls and other security features to help manage speed and manage fuel consumption.

It is definitely one of the high mileage cars considering its 49 mpg within the city and 47 mpg mileage on the highway as compared to the Fusion Hybrid and others within its class. But for a little more you can get far more in value making the Honda Accord Hybrid one of the best affordable cars.

The Toyota Prius C comes from the daring family of the Toyota brand that combines comfort and efficiency in terms of fuel efficiency and other excellent features. The Toyota Prius C is the compact version of the Prius family and offers a far above average value in terms of affordable cars as it is one of the cheap fuel efficient cars with good gas mileage. The Prius C is one of Toyota’s cheap fuel efficient cars even for a hybrid car but expensive for a compact car. It, however, compares adequately with the other larger Prius cars even the Prius V wagon for fuel efficiency.

Toyota Safety Sense C, the Prius C is the best car for within city movement. Do you know that 2016 Toyota Prius is rated as been the highest mpg cars for inner city transit by the Kelly Blue Book Consumer rating? With a 48 mpg for within city, 43 mpg on the highway and a combined mpg of 46 by EPA standard the Prius C turns out to be one of the best fuel mileage cars with great car price comparison to other subcompact cars. It also comes as offering the best gas mileage cars when compared with some of the leading hybrid cars.

To know what car has the best gas mileage here are some of the list of mpg cars we covered in this article and their mileage:

Conclusion: Based on the available data on the 7 best gas mileage cars the Hyundai Ioniq has 57 mpg within the city and 59 mpg on the highway and therefore is the best car.

Though so much research has gone into providing you information on the 7 World Best Gas Mileage Cars at Affordable Prices the bulk doesn’t stop here as besides the best gas mileage and affordable automobiles you still need to look out for other standard features in deciding what the best cars or car prices could work for you.

Related : Vehicle To Vehicle Communication Expected In The Near Future