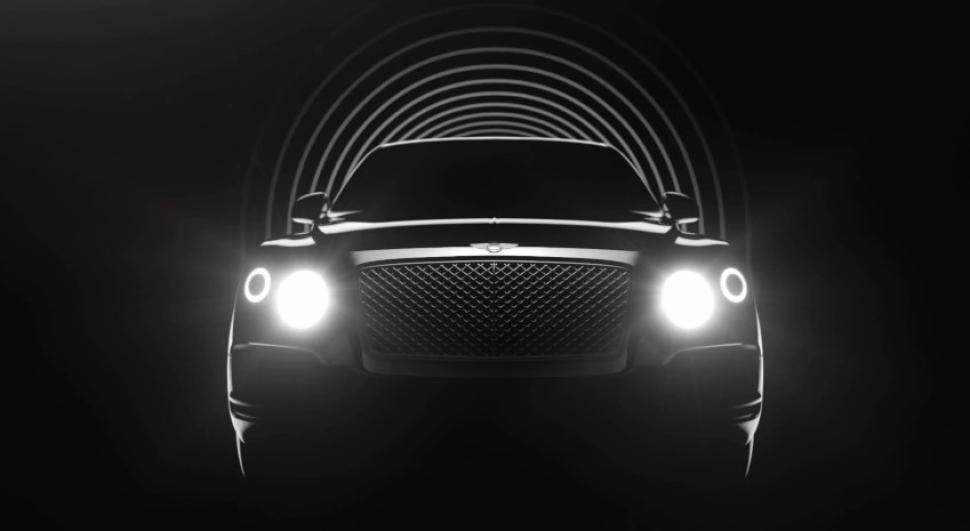 Bentley gives a sneak peak of its latest and most important car yet since its Continental GT over a decade ago.

There is no news yet of what the SUV will be called, but it will be launched on September 2015 and sales will start on 2016. There are reports, however, that most of the 5,000 cars allocated for that year are already sold out.

The car looks nothing like the 2012 EXP 9 “Falcon.” The new Bentley was designed by the extraordinary Luc Donckerwolke, who also came up with the concept for most of the latest Lamborghini designs. Bentley is very confident with the skills that Donckerwolke can offer on the table.

The new Bentley would be very fast for its size and weight. Based on the brand’s signature, the new car would definitely have that eccentric handcrafted wood, leather and chrome interior.

It seems like Luxury cars are shifting to SUVs to jump-start a growth in sales. This shift can be considered already a little late.

Just like Bentley and Roller, Lamborghini is also looking to enter the SUV arena with its new extremely sporty SUV. Meanwhile Land Rover is also coming up with its new Range Rover, which is currently the king of SUVs that everyone just wants to get their hands on.

Recent images released by Bentley shows that this car brand will bring a whole new artistic design to the luxury SUV industry.

Bentley’s new SUV is far from the typical utilitarian look of most SUVs. It gets out the box with its flamboyant and aesthetic designs.

The company is heavily investing in the engineering, design and manufacturing of the new SUVs. Bentley’s latest cars will be manufactured as Crewe, North West of England. This is the place were Bentleys have been created since way back 1946.