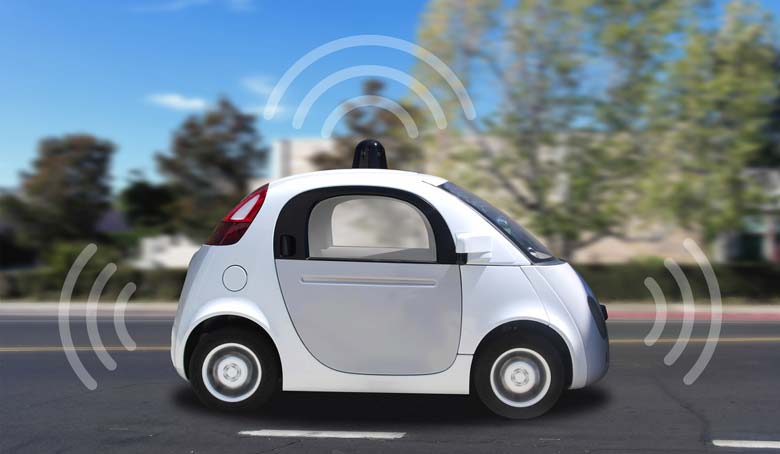 Self-driving cars continue making headlines, but most people still can’t wrap their heads around driverless vehicles becoming a reality. They just can’t understand how a car can move from one place to another by itself. Nevertheless, driverless cars are around the corner and analysts argue that they will help reduce congestion and accidents. Some latest tech updates currently witnessed on mobile technology have had direct impacts on the time remaining for autonomous vehicles to become a reality. Although tech giants such as Uber and Google run pilot programs to test their autonomous vehicles on public roads, technology improvements and software developments are making things easier for these innovators to create better platforms to eventually make self-driving cars a reality.

Note that a driverless car isn’t just a piece of technology by itself, but it comprises of an ecosystem of technologies both old and new. Here some of the mobile technologies that have proven to be very helpful to the realization of self-driving experience:

Motion sensors are not that new, and you’ve probably seen motion lights turn on in the backyard of a colleague or friend. All that is required is accuracy. When managing the proximities of a number of other vehicles traveling fast on roadways with many lanes, there is no room for mistakes. Motion sensors depend on a mixture of cameras, traditional radar and various other mobile technologies activated by motion to establish the distance between vehicles, recognize the cars about to change directions, and most importantly, detect speed changes to activate the brakes of the vehicle. The best ever known motion sensor solution is known as Lidar, which simply means ‘light detection and ranging.’ It depends on a rotating laser to scan the surrounding environment of a vehicle continually. It is an excellent computer vision system that enables the vehicle to make a 3-dimensional image of the surrounding environment. This provides an artificial vision that is important in operating excellently in a live environment comprising of unknown variables.

GPS isn’t a new technology and vehicles have been using GPS in their operations for many years. However, the major problem here is ensuring that the functionality of the GPS is extremely accurate with minimal downtime. As earlier stated, there is no room for mistakes with autonomous vehicles and GPS isn’t an exception. GPS makes navigation from one location to another possible. Additionally, it jointly works with the computer vision system to acquaint the vehicle with the surrounding environment to ensure that it remains on the right path.

The major concern is the possible outcome in the case of a temporal satellite system downtime. Driverless vehicles will only have limited data. Thus they must have a working protocol put in place to make sure that they do not put the lives of their passengers in danger by functioning with limited vision. Recent GPS advancements have been focusing on moderating the danger of downed system. Moreover, other developments have focused on improving the accuracy of satellite information and creating procedures into the autonomous driving software to allow handling of unexpected outages.

This is the most complex type of technology. Also, it is the most secretive. The companies that develop this kind of software extremely protect their system designs because they are afraid that their competitor might copy their methods and make their own improvements.

Besides being the most complex technology type, the software also acts as car’s central hub for its autonomous activities. It also manages data from radar, GPS, and sensors among other channels of feedback to dictate the responses and behavior of the vehicle. The other technologies collectively help the autonomous driving software to act as the driver. With the autonomous driving software, the stakes are very high, and a single error can result in loss of multiple lives. This implies that companies developing this software face a lot of pressure to ensure that the technology is in its best shape. Although brands can’t wait to finally make self-driving vehicles a reality, safety is key. As companies continue to make crucial developments, consumers should expect the autonomous driving software to improve its responsiveness to unpredictable environments. Additionally, developments will make it more reliable.

Computer vision and motion sensors are common technologies that are helping in the realization of self-driving cars. Motion sensors are being used to recognize distances between vehicles and detect speed changes as well as when vehicles are changing directions to activate brakes. Companies are aware that people’s lives are at stake, so they are working hard to make these technologies as accurate as possible. Modifications on GPS will make sure that the functionalities of these vehicles are extremely accurate. This will ensure smooth navigation from one point to another. The autonomous driving software is the most secretive and most complex type of technology. It serves as the central hub for the activities of the autonomous cars. The latest technology updates have positively influenced self-driving cars. Experts predict that these vehicles will soon be introduced on the market for the consumers.