These multi-million pound classic cars always capture the attention of many, but there’s more to it than just the luxury and style. These classic cars have rich background stories that are worth telling.
10. Jaguar S-Type. The classic 3.8-litre S-Type has been used in countless movies since 1971 for its stylish design, high speed capabilities, and it can easily be maneuvered. 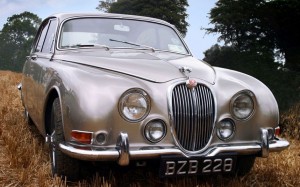 8. MK1 Ford Escort. You don’t want to say “I wish bought this car when nobody else wanted to buy it.” It would be great to invest in these possible future classic cars, because it could sell for 10 times its original price now.

5. Classic Police Cars. In March, 14 classic police cars that belongs to the London Historical Vehicle Collection was convoyed around the capital.

4. Buying Classic Car tips. It is best to buy a car when it is undervalued, as long as you have foresight and extensive knowledge. Maintaining it to remain fit is one of the best things about owning a classic car. You can sell it later for ten times its original price if you bought the right classic car, like an Aston Martin DB5.

3. Honda NSX. This car had been the Formula One Champion for three times. Now Ayrton Senna’s Honda NSX is being sold at auction.

2. Austin Montego. This classic car celebrates its 30th year this year since its debut.