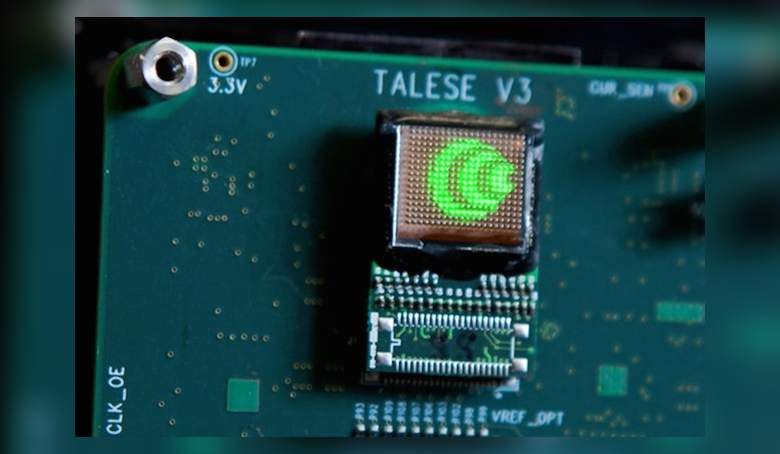 Remember in Star Wars, when R2D2 is tasked with sending a message to Obi Wan Kenobi from Princess Leia and the robot projects the video log from his pod into a 3D hologram, soon this could be happening in the real world, if one prominent startup can get its way.

Ostendo Technologies, a well funded startup in California, is working on the smartphone chip that will be able to beam 3D holograms in the near future. Already live demos of 2D holograms that can be shown on a wall or surface are being presented, but Hussein S. El-Ghoroury, the founder of Ostendo, believes the next chip will be able to project 3D objects.

Just one chip is needed inside a smartphone will be able to project a 3D image, but more can be used to show the object with more depth. The Intelligence Advanced Research Projects Activity has been working on this technology on behalf of the US government, who will use it for military purposes.

Ostendo already has some partners lined up on the mobile end, to bring the holograms to market. We are reminded of the Samsung Galaxy Beam, a failed product but one of the most oddly fascinating products Samsung has ever introduced to the market, perhaps Samsung will create a new Beam with the new holographic technology.

This is only the beginning of Ostendo’s move to holograms, mobiles are apparently the easiest route, but after they want to tackle 3D TVs, wearables and even tables, offering holographic projections on any sort of smart home device.

The world of holograms is coming, but we do wonder what the API will be like for developers and manufacturers. What will the user be able to project in 3D and why would it be useful to them. Will they be able to project video calls of themselves to others, like in Star Wars, or will this be another unrealised technology built for the military more than consumers.