Apple Soon To Come Up With A Third New IPhone Model

Apple Will Shock The World With A Third New Iphone Model

Apple made its first foray into the world of larger screened iPhones by releasing the iPhone 6 and the iPhone 6 Plus. This strategy worked well for Apple. For example, the Cupertino-based company sold nearly 75 million iPhones during its 2014 holiday quarter.

Apple is now embracing the world of bigger smartphones, following the footsteps of Android. Many people have wondered whether Apple would ditch the 4-inch iPhone form factor altogether. 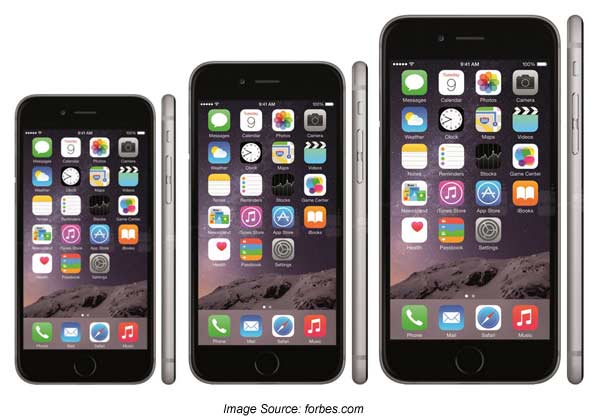 Luckily enough, those who simply aren’t into bigger screen or those with smaller hands have a reason to smile. Apple has plans to release three new iPhone models later this year, a recent report in Digitimes claims. They include iPhone 6s, iPhone 6s Plus and a 4-inch iPhone 6c.

The 6s models will ship with new A9 chips while the 6c model will come with the A8 processor, that is currently powering the iPhone 6 and the iPhone 6 Plus. But don’t make a mistake of thinking that the 6c version will be a poor man’s model of the iPhone; it will come with a Touch ID and NFC functionality.

It had also been reported earlier in the month that Apple’s next-gen iPhone 6 models may finally ship with 2 GB of RAM, an upgrade which should improve overall performance and allow developers to really take apps to new heights.

As for other iPhone rumors that have been doing rounds recently, it’s been reported that Apple’s new iPhone models will have the same “force touch” feature that Apple already showed off on the recently unveiled 12-inch Retina MacBook and the Apple Watch. Indeed, “force touch” may very well be a compelling feature that will further distinguish the iPhone 6c from its more expensive relatives.

Digitimes sometimes hits-or-misses record when it comes to Apple rumors, but their most recent report seems to be plausible, if not downright predictable. And the very reason Apple came out with bigger iPhones was to appeal to a broader user base. It is therefore in Apple’s best interest to keep alive the 4-inch form factor because not everyone finds larger screened iPhones easy to use. There is also the issue of portability. Small iPhones are the best when portability is the main factor considered in selection.

There is also the iPhone 5s that is likely to be free come September this year. But this iPhone 5s lacks Apple Pay functionality that is rumored to be in the iPhone 6c. Additionally, this first report of an iPhone 6c model in the works lends more credence to a previous report from The Wall Street Journal which claimed that a pink iPhone model is in the works.