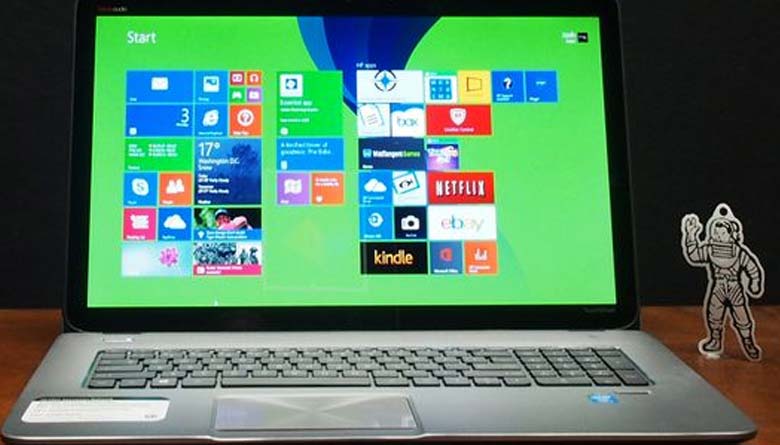 Starting on the internals, the HP Envy offers an Intel i7 processor, 8GB of RAM, 1TB of hard-drive space, touchscreen and fingerprint scanner. The specs are impressive, especially the 1TB of internal storage offered on the HP Envy.

The touchscreen has become a common feature on Windows 8 devices, with almost no laptop offering a non-touchscreen display. With Windows 8 being such a touch orientated operating system, it has lead manufacturers to think outside the box when it comes to design.

The HP Envy does not think outside the box, it is a well built and recognized design that battles the MacBook Pro for looks. Different sides will argue who is the winner in this battle, but for almost $400 less than the MacBook Pro, we know which one we would pick.

Performance on the HP Envy is solid, the 8GB of RAM allow everything on the laptop to run smooth as butter and the Intel i7 processor gives enough power to run really heavy applications like Photoshop and Sony Vegas.

The fingerprint sensor is an odd addition to the HP Envy, since Apple announced Touch ID on the iPhone 5S it looks like every manufacturer has followed on. It has a 50/50 chance of working and we didn’t really see a need for it, unless the HP Envy was in a corporate environment.

It is a large laptop, with a 17-inch display, it is not the most portable device in the world. We would recommend the HP Envy to anyone who wants to get a lot of work done on the computer but isn’t looking to take the laptop to Starbucks.