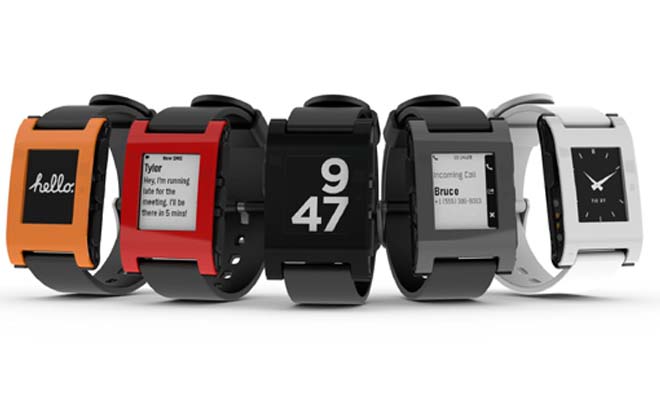 The new Pebble Time smartwatch is the coolest gadget in the world of crowdfunding if the excitement it has elicited is anything to go by. The smartwatch is breaking all Kickstarter records.

Pebble started receiving preorders for the Pebble Time smartwatch Tuesday morning and after only 49 minutes it had raised $1 million, easily setting a new record. By afternoon the campaign had attracted about $6 million in pledges.

This new Pebble Time smartwatch features a new color e-paper screen which will help it to last a week between charges, and it is 20 percent thinner than its predecessor. The predecessor had only a black and white screen and had an operating system that could only store a maximum of 8 apps.

The new watch will have an upgraded operating that can store more than 8 apps, and will also have a built-in microphone to perform voice-activated controls.

The software on the new Pebble smartwatch will also allow information like weather, stock ticker alerts, and email notices to be displayed chronologically – this feature is also available on the old version of the smartwatch.

The watch goes for $179 for the Kickstarter backers who are funding the Pebble’s campaign. The company offered it for $159 for the first 10,000 people who pledged. 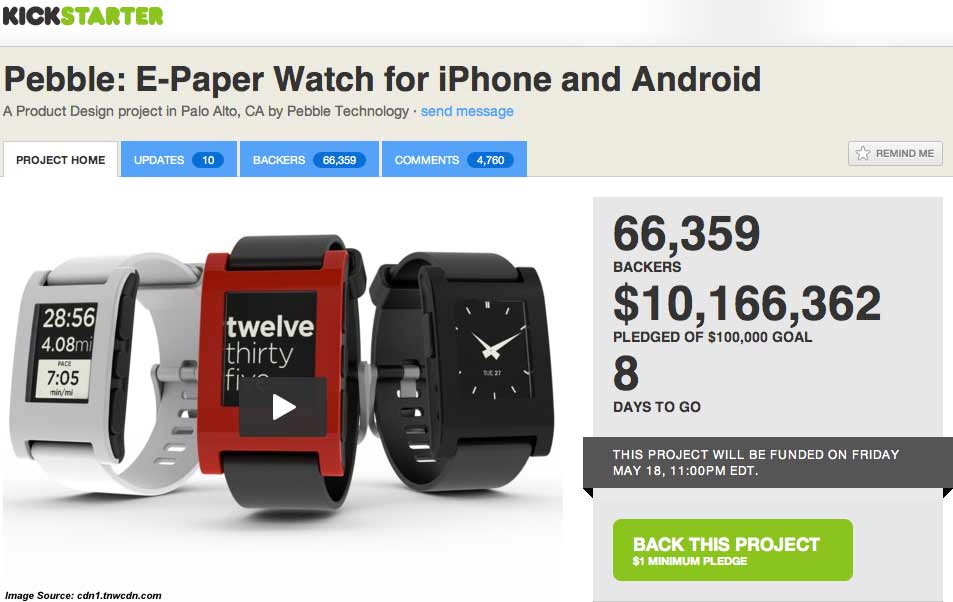 Pebble’s CEO Eric Migicovsky said they decided to launch a Pebble Time Kickstarter because they felt it helps them to connect directly with the people who helped them start, those who believed in them before anyone else did. And that explains why those who have supported Pebble twice will have the option to get the back of the device engraved for free!

Pebble has hit the gold twice. Just three years ago, it raised over $10 million from 69,000 people on Kickstarter for the original Pebble Watch. At that campaign, the company’s goal was to raise $100,000. Pebble remains one of the most successful Kickstarter campaigns in history.

The Pebble Time Kickstarter campaign will end on 27th March and the company will start shipping watches to donors in May. Once the shipments are fulfilled, Pebble Time will be sold online and it will also be available with retailers for $199. This price is $100 more than that of its original Pebble Watch, but is the same as the price of the more elegant Pebble Steel watch.