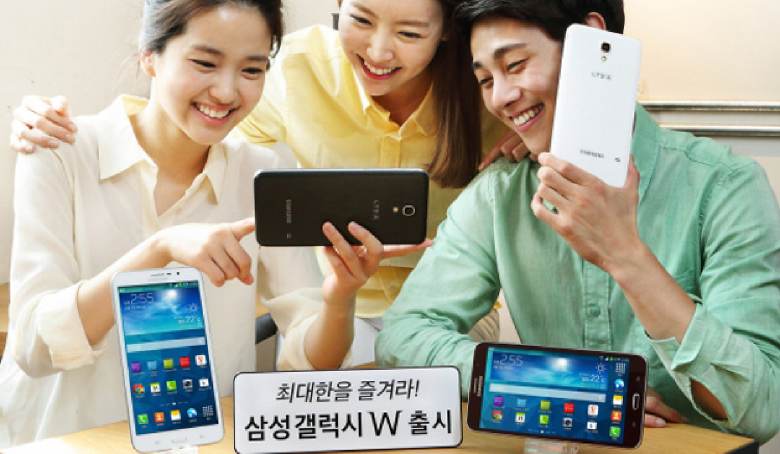 Samsung has announced the Galaxy W, a new size of smartphone to confuse consumers. The Galaxy Note was the original “phablet” from Samsung, followed by the Galaxy Mega at 6.3-inches, now the Galaxy W topples the Mega with a 7-inch display.

The Galaxy W will compete against the ASUS FonePad 7 and HP VoiceTab, both seven-inch devices without a lot of love. Interestingly, for all the size the Galaxy W actually has rather unexciting internals, making it a mid-range device.

The 720p display brings the resolution lower than most in the Galaxy range. The 1.2GHz processor, 2GB of RAM, 16GB of internal storage and 8MP camera don’t bring anything exciting to the Galaxy W either, making it a rather odd phone/tablet hybrid.

To make things even worse, the Samsung W comes at launch running Android 4.3 instead of Android KitKat 4.4, a big step down. Samsung has been warned by Google before about putting older versions of Android to their new devices, we expect to see an update soon.

Even with the poor specs and rather questionable size, the Galaxy W doesn’t come at a cheap price, coming to South Korea for around 499,400 won ($489) off-contract. This is not as big as some of Samsung’s flagship devices, but still a touch higher than most mid-range devices.

The idea of selling this as a two-for-one could be Samsung’s mission, offering both the tablet form-factor and the ability to call and text. This doesn’t really work out as calling on the Galaxy W will be very odd, as seen in the promo photos Samsung posted.

No news on if the Galaxy W will make it to the United States or anywhere other than South Korea. Normally Samsung likes to keep its prototype sales, like the Galaxy Round, in South Korea where they are generally more accepted.