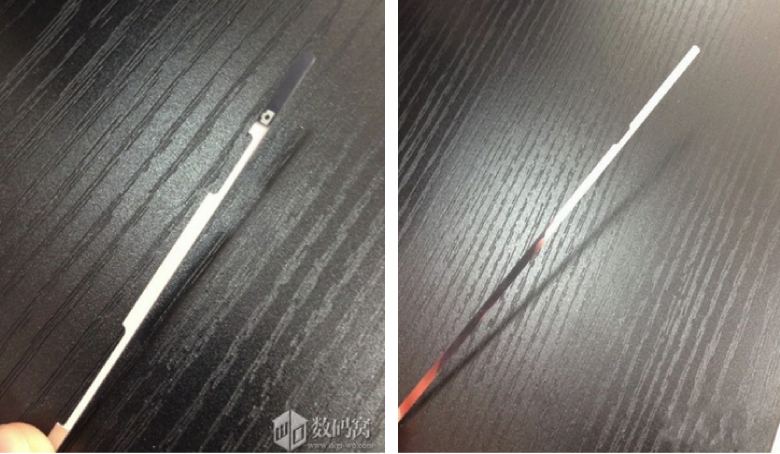 Sony is one of the quickest companies to drop their flagship phones, while HTC, Samsung and Apple make flagship phones once per year, the Japanese electronics giant is pumping out one every six months.

The Xperia Z2 is barely settled in carrier stores and already we are getting first looks and rumors about the Xperia Z3, starting with a leaked metal frame and some vague news about the internals and announcement date.

Metal frames are always the bare bones rumor, literally. They provide nothing of real interest other than the confirmation that the Xperia Z3 is being worked on, which is almost a given considering Sony’s quick releases.

The metal frame is very thin, but we would expect this from an Xperia device. The Xperia Z2 shredded a few pounds off its predecessor and we expect the Xperia Z3 to do the same, while maintaining a similar design.

Internally, the Xperia Z3 will reportedly be rocking a 2.7GHz quad-core Snapdragon 805 processor, 3GB of RAM and the same 20.7MP rear camera. Sony will apparently not jump into QHD, instead sticking with the 1080p display on the Xperia Z2.

The specs list is rather shoddy, especially for a smartphone coming in the second half of 2014, when most manufacturers will be pumping out 2560 x 1440 displays. At least Sony has the internals up to scruff and we have always loved Sony’s mobile cameras.

We cannot figure out why Sony is building a new flagship every six months, the expense of making a new smartphone twice instead of once, alongside the customer dissatisfaction for having their new phone made redundant after six months, cannot be good for business.