Will China’s Xiaomi Smartphone Take Over the World?

Xiaomi isn’t an old company; instead it was founded on 6th April 2010 by 8 co-founders. This company might look like an infant as compared to Apple, Samsung and LG. This Chinese smartphone manufacturer started with Mi-One launch in August, 2011. It has expanded to a range of consumer electronics like tablets, smartphones and TV along with cloud based internet services like cloud storage and IM. 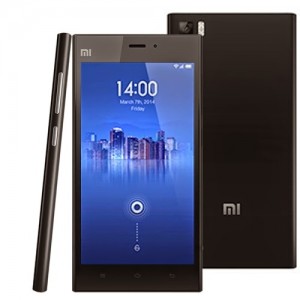 Xiaomi quickly grew into massive business despite launching its first product less than 3 years ago. It managed to sell more smartphones in the first half of 2014 when compared to the year 2013. Considering its earnings in Q1 2014 alone with the launch of Xiaomi Mi 3, Xiaomi’s revenue is expected to grow further in second half of 2014.

Currently, it operates in five countries and has recently expanded its operations beyond China. It is present in Singapore, Malaysia, Indonesia and India. Further, it plans to expand to 7 more countries Thailand, Russia, Philippines, Vietnam, Brazil, Turkey and Mexico.

Hugo Barra, an MIT graduate and a Brazilian computer scientist who served as the Vice President and Product Spokesperson of Google’s Android was poached away by Xiaomi in late 2013. Now Barra serves as the vice president of Xiaomi. This move leads to lot of hype around the tech world by bringing brand recognition to Xiaomi especially in the western market.

The Chinese company also holds the record for the most expensive domain purchase in China. Earlier in April, it purchased mi.com costing 3.4 million US dollars. It doesn’t invest a single dime in marketing its products. Instead, it relies completely on the social media, viral posts and word of mouth to gain popularity.