Gadgets to Keep You Connected While You Are Outdoors

Not so long ago people were connected only while they were at home or in offices via the landline phone or using desktops connected to the internet. But once they got out there biking, hiking or skiing they were cut off.

This has changed with mobile devices now accompanying people wherever they go. Many manufacturers have taken note of this and they now want you to stay connected wherever you are and as long as possible.

The manufactures are coming up with products that protects smartphones from water and from hard falls and there are some that are meant to keep your electronic devices to remain charged for as long as possible, while others can keep them afloat in case they fall in water.

“In order to enjoy the outdoors it used to be a just a nap sack and some freeze dried food, now people are bringing $5,000 to $10,000 worth of equipment with them into the outdoors,” said Walter Kaihatu of Bruton which is a company that manufactures portable battery chargers.
The battery chargers are hydrogen-fuel-cell-based and they are sold at $169.

“It’s not just being outdoors and eating and going for a hike, they want their downtime to consist of what they do at home, bringing e-readers, surfing the net, talking to their friends and updating their social media. You have to deliver power to them in a reliable format,” said Kaihatu.

If you want to know whether there is a device that will suit your needs, the latest gadgets are being displayed this week in Salt Lake City.

This event brings over 25,000 people to Utah to sample the latest gadgets and apparel from 1,300 vendors.

The expo attracts both large companies and small companies as well all trying to gain grounds on this growing industry – the outdoor recreation industry that is estimated to be netting up to $646 billion annually from customers.

The new attractions include backpacks with 3-watt solar panels with a USB port embedded. This was produced by EnerPlex. They go for $130 to $250 depending on the size of the solar panel.

The small one charges a smartphone in three hours. “These bags can be kicked, they can get wet, and they will continue to operate,” said Brochocki of the EnerPlex Company in Thorton, Colorado.

There is also a biomass cooking stove that uses dry twigs and pine combs to heat up. The stove also produces 2.5 watts of energy that can be used to charge phones using its USB port. This stove is produced by BioLite and it retails at about $130. 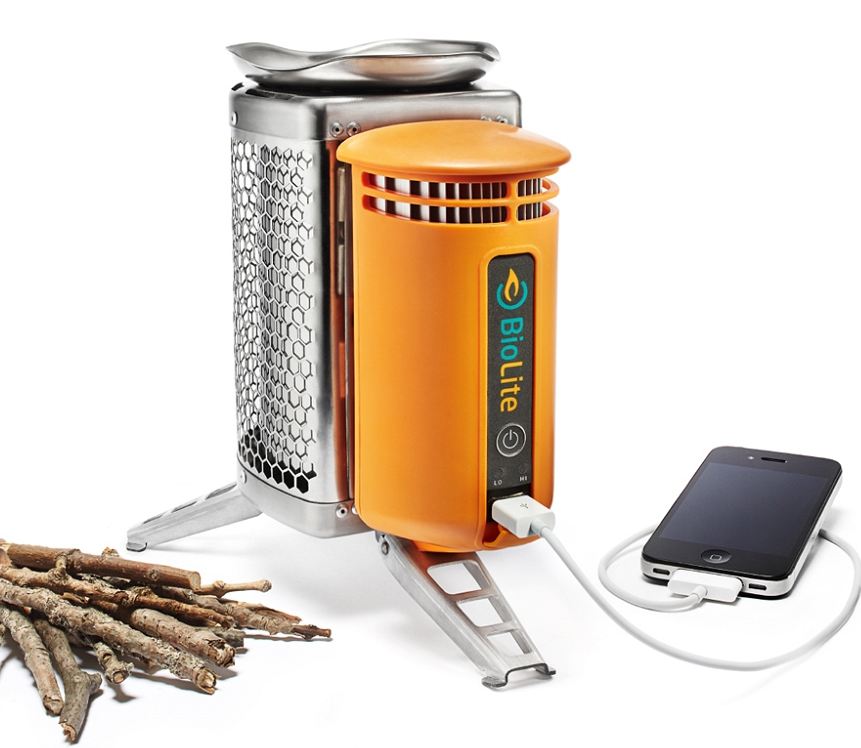 Loksak has also produced sealable bags for tablets and phones that can protect them but still allow the user to use the touchscreen. A three pack of the bags sell at $8.50.

And if you want rugged cell phone cases that are waterproof and floats, Lifeproof has them ready for you. You only need to part with $80.

Smartphones have become part and parcel of people’s lives such that they would not want to be separated from them even for a minute. That is why the devices that can keep these gadgets safe and ensure that they stay charged for long are very popular.