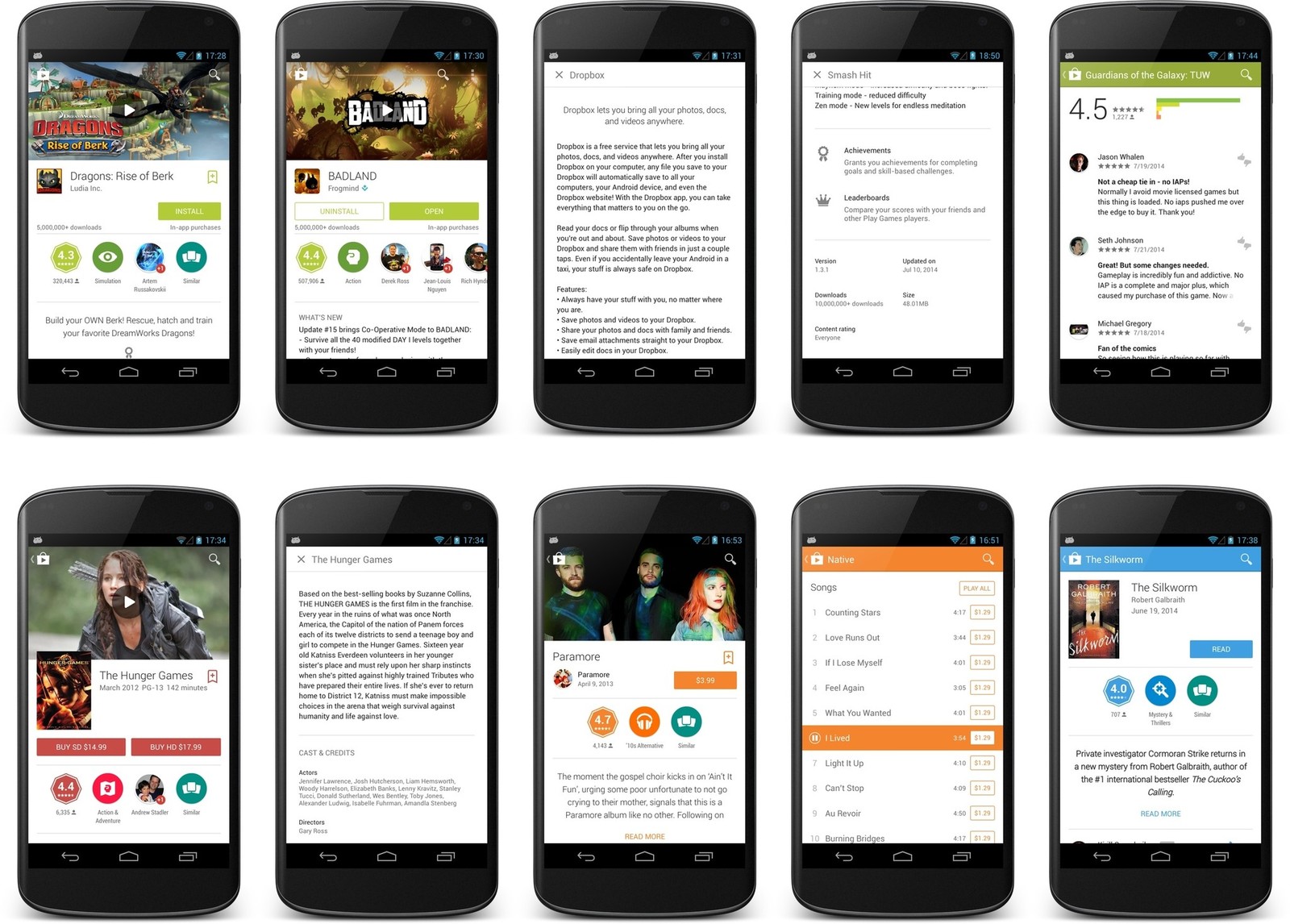 The Google Play app looks to be the next redesign to incorporate Material Design. The whole app will be redesigned and the design team has put a focus on color coordination, simplicity and lack of menus and buttons.

One of the things to note is Google’s commitment to offering full page text, photo and video, removing a lot of the clutter seen on other applications. It offers a more immersive shopping experience and delivers content from and center.

Google has worked on animations for the Google Play store, incorporating some of Material Design’s fast and fluid animations, allowing the user to switch from one activity to another, without having to the activities change with a loading screen.

Having all of the current stock apps on Android updated means it is more likely for third party developers to follow. Trends like Holo always move faster once Google puts time into their own apps, which we seen on Gingerbread and Jelly Bean.

Hopefully, some developers will look to implement different stylistic changes, using some of Material Design and some other design languages. Google has set out a huge library for not only Android, but the web, Chrome OS and other platforms.

Google Drive and other web apps have got early beta’s using Material Design, we are glad to see the design language is getting pushed onto the web sooner rather than later, offering a unified design language across all platforms.